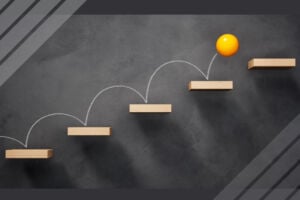 While ACA International’s advocacy and education continue on the medical debt credit reporting changes imposed by the national CRAs, those changes begin to take effect on July 1. ACA has some insight about these upcoming changes to medical debt data furnishing practices. Editor’s note: This article is available for members only.

Two of the three changes to medical debt credit reporting practices imposed by the national credit reporting agencies (CRAs)—Equifax, Experian and TransUnion—will take effect on July 1. In this article, ACA International provides some insight on what to expect.

In March 2022, the CRAs announced joint measures that would result in nearly 70% of paid medical debt tradelines being removed from consumers’ reports. The announcement outlined three major components:

In March, along with the announcement, the CRAs released a summary of these measures that includes information about impacted data furnishers, required furnisher action, and the effective dates of each initiative.

ACA remains engaged in talks with the CRAs and policymakers about industry concerns regarding these changes and will continue to advocate for positions that better balance the concerns of the debt collection industry, medical providers, patients, regulators, and consumer advocates.

“We continue to have serious concerns about the consequences of the CRAs’ decision to change the timeframe for including unpaid consumer debt on a credit report and to not include certain unpaid debt owed to medical providers, some of whom stood or stand on the front lines of the pandemic,” said ACA CEO Scott Purcell. These concerns were addressed in a letter to the CRAs and Consumer Financial Protection Bureau Director Rohit Chopra.

While advocacy and education continue on the medical debt credit reporting changes, those changes will begin to take effect in little more than a week’s time.

So, what should debt collectors that furnish data regarding medical debts do beginning on July 1?

“With respect to paid accounts, the CRAs themselves have assumed the obligation to delete or suppress medical debt accounts that have been or will be reported as paid,” said ACA’s Senior Counsel Colin Winkler.

The second change, also taking effect July 1, requires that data furnishers refrain from reporting medical debt collection accounts until they are at least 365 days past the date of first delinquency (DOFD) with the original creditor.

In the CRAs respective responses:

Klein added that, for its part, Paid in Full would be going a step further to handle deleting paid collections and using its software to ensure those accounts are not listed. After 365 days from delinquency, the software will re-report the account, Klein said.

“We think setting an arbitrary threshold, and removing a vital communication tool, to not include any type of debt in a consumer credit portfolio is a slippery slope to risky lending for creditors and could ultimately harm consumers by reducing access to credit or medical services, and increasing costs,” Purcell said in the letter to the CRAs. “However, we are proud of the compliant work and detailed processes ACA International member agencies have in place to work with medical providers, including those on the front lines of the pandemic, and patients, to ensure accurate credit reporting and to help resolve patients’ disputes and related payor issues. Often, it’s ACA member collection staff who bring ultimate resolutions for disputes between the provider and the insurance company payors. Extending the credit reporting timeline now reduces the chance of those solutions being honored due to the typical one-year contractual limit in challenging an insurance company claim.”