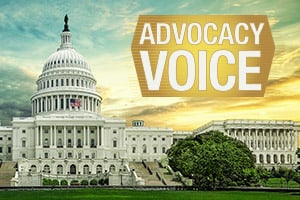 The Democrat-led committee is reviewing several pieces of legislation that did not advance in the 116th Congress, including FDCPA amendments and proposed limits on medical debt collection. Editor’s note: This article is available for members only.

The House Financial Services Committee will revisit debt collection legislation in the 117th Congress after several of the proposals did not advance last year, in part due to successful advocacy efforts by ACA International. In advance of the markup, ACA submitted a letter to the House Financial Services Committee outlining why H.R. 2547, the Comprehensive Debt Collection Improvement Act, has many flawed and unresearched policy proposals that would harm the economy, creditors, and the ability of consumers to access credit and services in the future.

The committee will hold a markup of the proposals focused on debt collection practices at 9 a.m. CDT Tuesday, April 20.

Among the proposals is the Stop Debt Collection Abuse Act, H.R. 4403, which was pulled from the U.S. House of Representatives’ vote calendar in December 2020, ACA previously reported. The legislation no longer has bipartisan support.

Two of the most concerning parts of the package are the Ending Debt Collection Harassment Act of 2021, which would add additional compliance burdens on top of what the Consumer Financial Protection Bureau has already required for sending emails. The Consumer Protection for Medical Debt Collections Act would delay the ability to collect medical debt for two years and delay credit reporting for one year.

ACA wrote to Congress to explain that delaying the ability to collect medical debt for two years will crush medical providers throughout the country, many of whom have been on the front lines of the pandemic for the past year.

Additionally, H.R. 4403 and several other proposals are now included in one legislative package for consideration during the April 20 markup, the Comprehensive Debt Collection Improvement Act.

Perhaps most concerning to ACA, however, is the bill would conflict with language already finalized in the Consumer Financial Protection Bureau’s Reg F defining “debt” and “debt collector.”

ACA proactively reached out to schedule and hold hundreds of meetings with congressional staff and members of Congress last year to educate them about why overbroad efforts in these bills would ultimately harm not only ACA members and their employees, but also businesses and consumers.

ACA is continuing these advocacy efforts in the 117th Congress, including during the 2021 Washington Insights Virtual Fly-In April 22. The online advocacy event will be held on the heels of the committee’s markup and will feature discussions with ACA staff and members, federal and state industry regulators, and members of Congress. Registration for members is available through April 21.

“ACA’s advocacy outreach is an extremely important component of its ongoing efforts to help members succeed and we look forward to continuing to educate lawmakers and regulators about facts and information critical to our industry’s ability to function and thrive in 2021 and beyond,” said Vice President and Senior Counsel of Federal Advocacy Leah Dempsey.

Tlaib’s bill would amend the FDCPA to require debt collectors to wait two years before initiating collection of a consumer’s medical debt.

ACA’s team worked on advocacy at the federal level in connection with the legislation, which could impact medical billing and consumers’ knowledge of unpaid bills, and encouraged members to reach out to their legislators about the impact of the proposal.

Meeks’ bill extends the FDCPA to cover debt owed to a state or local government, adds protections to consumers affected by national disasters and clarifies that courts can award injunctive relief.

ACA will follow the markup to provide updates for members. Don’t forget, there is still time to join us for the 2021 Washington Insights Virtual Fly-In April 22!