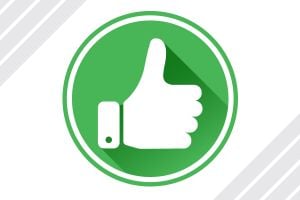 A Kentucky district court dismissed a consumer’s FDCPA claims, finding that she failed to show that her confusion should be considered a cognizable injury or an independent injury in fact.

Background:
A consumer (plaintiff) received a letter from a debt collector (defendant) seeking to collect a debt. Notably, the “Re:” line of the letter showed the “Amount Owed” as $152.63, and stated that “[t]he amount owed is subject to change if an additional invoice is placed for collection or a credit is processed by [creditor] and applied to your account.” Following that statement, the letter provided the 30-day notice required by Section 1692g of the Fair Debt Collection Practices Act.

The defendant moved to dismiss the FDCPA claim for lack of Article III standing.

Decision:
First, the court observed that although an intangible harm, such as an alleged violation of Section1692e, can qualify as an injury in fact, a plaintiff does not automatically have standing simply because Congress authorizes a plaintiff to sue a debt collector for failing to comply with the FDCPA. Thus, the court asserted that the plaintiff “must show either that the procedural harm itself is a concrete injury of the sort traditionally recognized [by the courts] or that the procedural violations caused an independent concrete injury.” See Ward v. Nat’l Patient Acct. Servs. Sols., Inc., 9 F.4th 357, 361 (6th Cir. 2021) (citing Spokeo, 578 U.S. at 341). See also TransUnion LLC v. Ramirez, 141 S. Ct. 2190, 2205 (2021))

The plaintiff contended that her “common law analogue is not the state of confusion itself, but confusion arising out of an informational violation that has common law roots in fraud and fraudulent misrepresentation.” The court, however, disagreed, noting that the 6th Circuit “has held that ‘[c]onfusion does not have ‘a close relationship to a harm that has traditionally been regarded as providing a basis for a lawsuit.’” See Garland v. Orlans, PC, 999 F.3d 432, 437 (6th Cir. 2021) (quoting Spokeo, 136 S. Ct. at 1549). Moreover, the court opined that “there is no evidence that Congress intended to make confusion a cognizable injury in fact.”

The court also observed, in another 6th Circuit case, Buchholz v. Meyer Njus Tanick, PA, 946 F.3d 855, 860 (6th Cir. 2020), a plaintiff alleged that a letter he received from a law firm related to his debts caused him anxiety. In response, the 6th  Circuit held that the plaintiff’s anxiety did not meet the traceability requirement because it was “self-inflicted.” The 6th Circuit reasoned that mere anxiety that results from the failure to pay an undisputed debt could not amount to “a cognizable injury in any case.”

Likening the alleged injury in the instant case to the injuries in Garland and Buchholz, the court found that the plaintiff failed to show that her confusion should be considered an independent injury in fact.

Accordingly, the court dismissed the plaintiff’s claims for lack of Article III standing.

ACA’s Take:
Courts continue to develop and refine the precedent on standing in the wake of Spokeo and TransUnion, with differing approaches emerging among circuits. Defendants should always review the precedent on standing within a given circuit and consider whether a consumer’s alleged harms satisfy the threshold requirement to show an injury-in-fact within that jurisdiction.