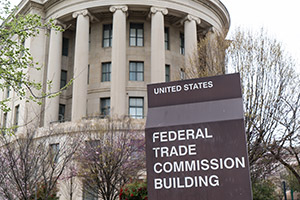 Lina Khan was confirmed Tuesday and appointed chair of the FTC.

The U.S. Senate is moving forward with confirming President Joe Biden’s nominees to fill regulatory posts, most recently with a 69-28 bipartisan vote to confirm Lina Khan to serve as chair of the Federal Trade Commission.

On Monday, the Senate voted 72-25 to end the debate on Khan’s nomination. She is the youngest commissioner, at 32, to serve on the FTC and as chair, CNBC reports.

Now that Khan is confirmed to serve on the FTC, FTC Commissioner Rohit Chopra awaits confirmation for his nomination to serve as director of the Consumer Financial Protection Bureau. Khan will serve the remainder of former chair Joseph Simons’ seven-year term, which began in September 2017. Simons resigned in January and Commissioner Rebecca Slaughter was named acting chair at that time.

The FTC is made up of five commissioners including the chair, with no more than three coming from the same political party. Khan’s confirmation secures a Democrat majority on the FTC.

On the CFPB front, David Uejio is currently serving as acting director of the bureau. Khan’s confirmation on the FTC is sure to move along the Senate’s process to vote on the confirmation for Chopra as director of the CFPB. If he is confirmed, Chopra will have to resign from the FTC, leaving Biden one more commissioner spot to fill.