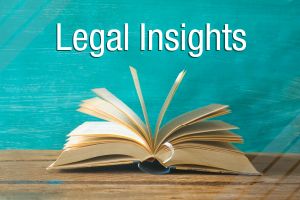 This decision substantially strengthens the “false or misleading” standard in identity theft cases.

In Woods v. LVNV Funding, the 7th Circuit Court of Appeals clarified two standards for Fair Debt Collection Practices Act claims in identity theft cases. First, the court somewhat lowered the required showing to prove that a debt is a “consumer debt” at the summary judgment phase, noting that the FDCPA does not “require absolute certainty on this point.” Second, the court heightened the standard that consumers must meet in alleging false or misleading statements in identity theft cases, explaining that “literal falsity is not the standard under” the FDCPA, and, where a report is based on an identity mismatch that a debtor can easily determine is not his own, there is no liability.

In late February 2022, the 7th Circuit Court of Appeals issued a ruling in Woods v. LVNV Funding that clarified the standards for “consumer debt” and “false and misleading statements” under the FDCPA. This decision is a mixed bag for creditors and other entities subject to the FDCPA.

In 2018, someone opened a fraudulent American Airlines credit card with the stolen identity of the plaintiff. The account went unpaid for several months and was purchased by LVNV, which, without knowledge of the fraud, attempted to collect on the account from the plaintiff. Shortly afterward, the plaintiff filed a lawsuit alleging that the letters sent to him by LVNV to collect the debt constituted “false representation[s] or deceptive means to collect or attempt to collect any debt,” which are prohibited by Section 1692(e)(10).

After several months of litigation, the district court granted summary judgment in favor of LVNV on two bases:

First, it determined that the plaintiff had not met his burden to demonstrate that the account was a “consumer debt,” as is required by the FDCPA. This is because the relevant section of the FDCPA only regulates the collection of consumer debts, not business or corporate debts.

The plaintiff appealed the ruling to the 7th Circuit Court of Appeals.

The court affirmed the decision of the lower court, but on somewhat different grounds.

First, the court disagreed with the lower court’s interpretation of the “consumer debt” requirement. The court noted that there is no requirement of “absolute certainty” as to the purpose of the purchase. There would only need to be sufficient evidence for a jury to find it more likely than not that the balance was a consumer debt; a fact-intensive and highly contextual inquiry.

Accordingly, the court held that it was unlikely that a business traveler would purchase a one-way ticket, meaning that the jury could potentially conclude that the trip was for personal reasons, not business reasons. According to the court, that “reasonable potential” that a jury could find in the plaintiff’s favor was enough. LVNV objected that the plaintiff should have done more to establish the nature of the debt, including subpoenaing American Airlines, but the court held that the plaintiff did not have to go “on such a wild goose chase,” and that the circumstantial evidence was enough.

Second, even though the court held that the debt was potentially a “consumer debt” under the FDCPA, the letters sent by LVNV were not false or misleading. As the court explained, the mere fact that a letter in an identity fraud case is “literally false” is not enough to establish falsity—“[i]f a statement would not mislead the unsophisticated consumer, it does not violate the FDCPA—even if it is false in some technical sense.”

The court explained that an unsophisticated consumer, upon receiving these letters, would have known the account was not his and known the letters were sent in error, as the plaintiff did. Accordingly, the court held that the letters were not “false” or “misleading” under the FDCPA, at least as those terms are used by Section 1692(e)(10), and affirmed the district court’s ruling.

The case substantially strengthens the “false or misleading” standard in identity theft cases. Now, where a plaintiff is not likely to be misled or deceived into believing that a fraudulent account is theirs, there can be no liability under the FDCPA.

Dickinson is a partner with Spencer Fane LLP in Omaha, Nebraska, and Klucas is an associate in the firm’s Kansas City, Missouri office.

Editor’s note: This content is published with permission from Spencer Fane. This article is provided for informational purposes and is not intended nor should it be taken as legal advice. The views and opinions expressed in this article are those of the author in [his][her] individual capacity and do not reflect the official policy or position of their partners, entities, or clients they represent.