The Democrats also call for other changes to the medical debt collection process. Editor’s note: This article is available for members only.

ACA has taken issue with the accuracy of the report and has expressed concerns that it does not address the actual problems with the health care system.

While the CFPB estimates in the report that there are $88 billion in medical bills on consumers’ credit reports, the report lacks attention and context to the stringent processes health care providers and debt collectors have in place to resolve a payment and ensure it is accurate before it is placed on a consumers’ credit report—all with the goal to help that consumer, ACA International previously reported.

ACA has been pushing back on misinformation from the CFPB and has also taken issue with the unintended consequences that will happen as a result of the actions of the credit reporting agencies in a letter to their leadership.

ACA also provided questions and answers about some of the key issues for the Senate Banking Committee’s hearing on medical debt.

The Q&A document sent to the Senate Banking Committee answers these questions:

The Senate Banking Committee members’ letter to Chopra also says there is the need for:

ACA will provide updates on the hearing in ACA Daily and continues to advocate with legislators and regulators on the issue of medical debt. 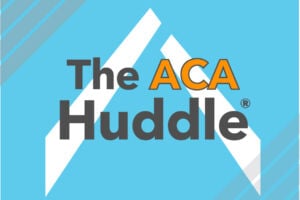 Next on the ACA Huddle: What You Need to Know About the HR Trends of 2023