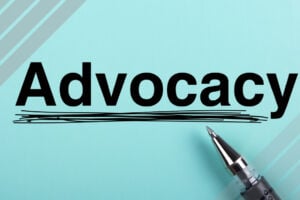 Senate and House committee hearings reignite discussions of fair access to banking for businesses and consumers as well as bank oversight, which ACA outlined in letters to committee leaders.

Two days of hearings on the accountability of the nation’s largest banks—including seven hours before the House Financial Services Committee—brought to light a myriad of issues and legislation discussions focused on the impact on consumers and business customers.

Chairwoman Maxine Waters, D-Calif., said in her opening statement that rigorous oversight of the nation’s largest banks has been her priority as leader of the committee.

“Over the past several years, we’ve seen the system of banking in this country take a dramatic shift,” Waters said. “Our nation’s biggest banks have gotten even bigger during the pandemic, in part, through mergers. Regulators have rubberstamped these merger applications for far too long, and it’s past time we get to the bottom of who these mergers are actually benefiting.”

Republicans on the committee focused on current inflation and household balance sheet concerns, with several members highlighting international conditions and geopolitical impacts of future events—particularly those triggered by China and Russia—that can have significant downstream economic impacts for Americans. CEOs on the witness panel reiterated the importance of energy security stabilization.

Fair access to banking—an ongoing issue since the Operation Choke Point program that cut off banking services to certain industries—also arose again through actions following the hearings in both committees.

House Financial Services Committee Ranking Member U.S. Rep. Patrick McHenry, R-N.C., led the committee’s Republicans in sending a letter to Amalgamated Bank, objecting to its efforts to require companies to “track law-abiding American citizens who are exercising their constitutionally protected right to purchase firearms. Amalgamated Bank has made clear that it does not lend to firearms manufacturers or sellers, nor maintain banking relationships with businesses involved in firearms sales. While it is a bank’s choice with whom to do business, those choices should be determined by objective, risk-based metrics, not an adherence to advancing a social agenda.”

During Operation Choke Point, entire industries, including debt collection and payday lenders, had their banking relationships terminated simply because those industries were not in favor with the administration. This impacted large numbers of ACA members and ACA is working diligently to put laws in place that would slow new attempts to discriminate against legitimate businesses using that same tool.

The Senate Committee on Banking, Housing and Urban Affairs held its hearing on bank oversight Sept. 22.

Ahead of the hearing, Democratic staff on the committee issued snapshots on JP Morgan Chase and Wells Fargo and their reported issues failing consumer and business consumers.

U.S. Sen. Pat Toomey, R-Pa., ranking member of the Senate committee, raised concerns in his opening statement about the “growing trend of banks inserting themselves into highly charged social and political issues unrelated to their business … Throughout this Congress, I’ve repeatedly warned about the politicization of our financial regulators and our central bank. I’ve emphasized that addressing political issues requires difficult decisions involving tradeoffs. In a democratic society, those tradeoffs must be made by elected representatives, who are accountable to the American people.”

ACA International submitted letters to both committees, available on ACA’s Policymakers website, addressing bank oversight and its impact on  businesses.

The House hearing presented legislation related to bank oversight introduced in the 117th Congress, which ACA addressed in its letter.

ACA is very concerned about actions to change the credit reporting system and expand the Consumer Financial Protection Bureau’s activity in this market, which has proven to be misguided as a result of not taking steps to consider all stakeholders’ input on the changes, among other gaps in the process. ACA also recently outlined extensive concerns with actions related to limiting credit reporting medical debt in a comprehensive letter to Congress.