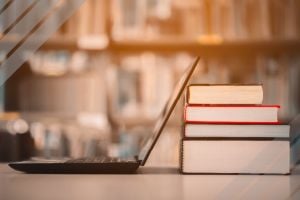 The U.S. Department of Education is restoring operations of the office first established in 2016.

Donoghue, as the chief enforcement officer, will report directly to FSA Chief Operating Officer Richard Cordray, also formerly of the CFPB, according to a news release from the Department of Education. Donoghue joined FSA in July.

The Office of Enforcement will strengthen oversight of and enforcement actions against postsecondary schools that participate in the federal student loan, grant, and work-study programs, according to the news release.

The Office of Enforcement was first established in 2016 but deprioritized in the previous administration.

“Vigorously ensuring that schools are adhering to the federal student aid program rules and delivering quality education to students is critical in America’s ability to build back better,” Under Secretary James Kvaal said in the news release. “The administration will prioritize Federal Student Aid’s effective oversight and enforcement of postsecondary schools.”

The enforcement office will proactively identify and address major problems across institutions that pose widespread risks to students and taxpayers and comprise four existing divisions:

The Department of Education also reports that, as part of its increased enforcement activities, FSA will coordinate with other state and federal partners. In particular, FSA plans to work closely with the Federal Trade Commission, which earlier this month announced a major shift in its enforcement priorities to focus on postsecondary schools that illegally engage in unfair and deceptive acts or practices.

“The Department of Education has critical oversight responsibilities over the integrity of the benefit and student loan programs under Title IV of the Higher Education Act,” said FTC Commissioner Rohit Chopra, who is confirmed to be the next director of the CFPB and awaiting swearing in by the White House. “By working more closely together, FTC investigations can assist the Department of Education in taking additional administrative actions against those that violate the law.”

The restoration of the FSA enforcement office follows actions the Biden administration has taken to protect students and taxpayers, including:

Last week, the department held the first of its negotiated rulemaking sessions focused on college affordability and student loans. The rulemaking committee is expected to address issues affecting student loan borrowers, including borrower defense to repayment for students harmed by their colleges’ misleading practices, recovering from institutions the amount of relief granted to borrowers under a successful borrower defense claim, closed school discharge, and pre-dispute arbitration.