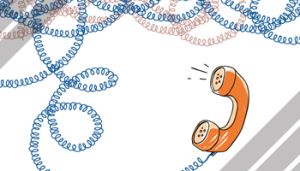 Call caps and other communication requirements in the Washington, D.C. debt collection legislation should be consistent with the CFPB’s debt collection rule and state laws to protect consumers and businesses, according to public hearing discussion.

The need for clarity and consistency between the Washington, D.C., City Council’s proposed permanent debt collection legislation, the federal Reg F debt collection rule taking effect Nov. 30, and similar state laws, rang through in testimony during a public hearing on the legislation Monday.

Stakeholders testifying on the “Protecting Consumers from Unjust Debt Collection Practices Amendment Act of 2021” (Bill 24-357) said they supported its goal to protect consumers and restrict harassing communications, but that it has unintended consequences.

“An open line of communication is a key factor in helping consumers resolve their accounts. If a consumer does not hear, or have the opportunity to hear, about a debt, the issue will likely escalate, resulting in credit reporting and potentially legal action,” ACA International’s Vice President of State Unit and Government Affairs Andrew Madden said in his testimony during the public hearing. “ACA supports efforts to protect consumers from harassing phone calls but overly restrictive limitations on communications have the unintended consequence of harming the consumer.”

Bill 24-357 seeks to finalize and replace temporary legislation that was enacted in response to consumers’ hardships during the COVID-19 pandemic and allow extra consumer protections if a public health emergency is declared by the mayor. The temporary legislation currently in place would expire on June 9, 2022, if not replaced by a permanent bill before that date, ACA previously reported.

Debt collectors may contact consumers about their accounts and collect payment but should note that call limitations and new documentation requirements are in place while consideration of Bill 24-357 continues.

In his testimony, Madden flagged the following amendment request supported by an industry coalition (deletions noted in strike-through text, and additions noted in bold):

“communicating with the consumer or any member of the consumer’s family or household in such a manner that can reasonably be expected to abuse or harass the consumer, including communications at an unreasonable hour or with unreasonable frequency, or by making in excess of  3 7 phone calls per account, inclusive of all phone numbers and accounts the creditor or debt collector has for the consumer, in any 7-day period. The limit of 3 7 calls in any 7-day period shall not apply to calls made to a debt collector by a consumer; or to a single completed call made by a debt collector in response to the consumer’s request for a returned phone call; to calls with a busy signal; or to calls made to a wrong number.”

“The ambiguities surrounding the text’s references to ‘claims’ and ‘consumer debt’ create confusion when determining which sections to apply in any particular matter,” said Don Maurice, outside counsel for RMAI, in testimony during the hearing. “To be sure, this confusion creates an opportunity for bad actors to plausibly argue that the bill’s provisions in some instances is limited to claims and in others to consumer debt. The result is that certain protections will likely not apply to intended consumer debt collection activities. As a result, consumers will not be provided the rights and protections that they might have expected to receive from this legislation.”

Yudenfreund, who is the senior director of public policy for Encore Capital Group, added that there should be time for the CFPB’s Reg F to take effect before other proposals deviate from the rule.

Bill 24-357 will need to be reviewed in a second public hearing and is subject to the legislative review process in Washington, D.C.

City Council Chairman Phil Mendelson said the record on the legislation will close Dec. 14 and markup will start at the beginning of next year.

“ACA and the Mid-Atlantic Collectors Association continue to work with a large industry coalition for sensible amendments to the pending legislation, but until a permanent bill is passed, or the temporary legislation expires, what is out there right now is the law of the land in D.C,” Madden said.