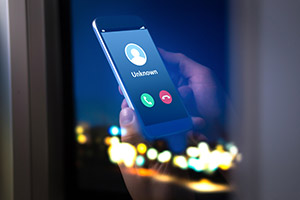 Vote on rules to mitigate illegal robocalls is March 31.

The Federal Communications Commission is advancing its efforts against illegal robocalls by proposing rules to require phone companies to implement caller ID authentication.

The caller ID authentication, also known as STIR/SHAKEN, enables phone companies to verify the accuracy of caller ID information that is transmitted with a call, according to a news release from the FCC.

The TRACED Act directs the FCC to require voice service providers to implement STIR/SHAKEN in their networks within 18 months of the law’s enactment, according to the FCC news release.

The FCC will vote on these new rules during its March 31 meeting. If the proposal is approved, voice service providers would be required to implement STIR/SHAKEN by June 30, 2021.

Pai also proposes, if the rules are approved, to seek public input on implementing other aspects of the TRACED Act, including requirements that voice service providers work toward deploying caller ID authentication in the non-IP parts of their networks.

ACA International is actively engaged in advocating for the calling community as the FCC considers its next steps and submitted comments to the FCC on STIR/SHAKEN in July 2019.