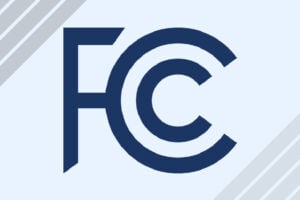 A declaratory ruling and order from FCC Chair Jessica Rosenworcel, if adopted, will require callers to obtain consent from consumers before using ringless voicemail technology.

Federal Communications Commission Chair Jessica Rosenworcel has proposed a Declaratory Ruling and Order that, if adopted, would require callers to obtain consent before using ringless voicemail technology to contact consumers.

If approved, the order would be the first Telephone Consumer Protection Act ruling during Rosenworcel’s tenure as chair of the FCC.

According to a press release from the FCC, Rosenworcel’s proposed order would deny a 2017 Petition for Declaratory Ruling filed by All About the Message (AATM). AATM’s petition requested the FCC to declare that ringless voicemail technology does not constitute a “call” subject to the TCPA. AATM argued that ringless voicemail is not subject to the TCPA because: (1) voice messages are delivered to consumers without making a call, and (2) consumers are not charged for these communications. Ultimately, however, AATM withdrew its petition a few months after filing.

While not mentioned in the FCC’s press release, two other parties have filed—and subsequently withdrawn—similar petitions regarding ringless voicemail prior to FCC action:

Consumers and consumer groups have overwhelmingly opposed these petitions, arguing that ringless voicemail messages do constitute calls subject to the TCPA. Individual commenters have filed over 4,500 express comments in the FCC’s electronic comment filing system. Few parties have supported the petitioners; most recently, Perdue for Senate received no support.

Although the FCC has not previously provided guidance on ringless voicemail, two federal district courts have determined that ringless voice messages are “calls” subject to the TCPA. In 2018, the Western District of Michigan declared that ringless voicemail constitutes a call because: (1) Congress used broad descriptors in crafting the TCPA, and (2) the FCC and U.S. Supreme Court have construed the TCPA broadly. Saunders v. Dyck O’Neal, Inc., 319 F. Supp. 3d 907 (W.D. Mich. 2018).

In 2019, the Southern District of Florida court held that ringless voice messages are not very different from regular prerecorded voicemail messages that are subject to the TCPA because the recipient must spend time listening to the message content. Schaevitz v. Braman Hyundai, Inc., 437 F. Supp. 3d 1237 (S.D. Fla. 2019).

Although the full text of the FCC’s proposed order is not yet available, the draft decision appears to align with these court rulings.

The Consumer Financial Protection Bureau’s debt collection rule, Reg F, includes ringless voicemails in its definition and requirements for leaving messages: the Limited Content Message (LCM), ACA International previously reported. An LCM is intended to be a short and straightforward voicemail message that a debt collector can leave for a consumer without fear of making an unintended third-party disclosure. An LCM can only be made via voicemail, including ringless voicemails. Reg F expressly defines an LCM as “a voicemail for a consumer,” which excludes any potential use of an LCM via forms of communication, e.g., text message or email.

In the FCC press release, Rosenworcel stated that “ringless voicemail can be annoying, invasive, and can lead to fraud like other robocalls—so it should face the same consumer protection rules.”

ACA is reviewing the FCC’s declaratory ruling and order and will discuss the topic on an upcoming ACA Huddle for members.