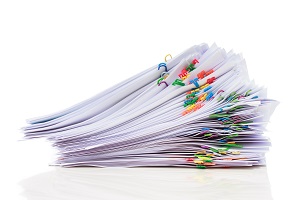 The commission also released a Further Notice of Proposed Rulemaking seeking comment on more redress options for blocked and mislabeled calls. ACA International will continue to advocate to ensure protections are provided to legitimate callers.

The Federal Communications Commission voted 5-0 July 16 to adopt an order on call blocking and labeling that includes two safe harbors for voice service providers and some protections for legitimate calls. ACA International is awaiting the release of the final order, but the contents of it were discussed in an open hearing and an FCC press release, providing insight into changes that were made from the draft.

ACA focused on advocating for protections for legitimate callers and appropriate redress options after the FCC released the draft order on call blocking and labeling in June.

“To encourage the blocking of scam robocalls and maliciously spoofed telemarketing campaigns, and continue the Commission’s implementation of the Pallone-Thune Telephone Robocall Abuse Criminal Enforcement and Deterrence (TRACED) Act, the rules offer companies two safe harbors from liability for the unintended or inadvertent blocking of wanted calls, thus eliminating a concern that kept some companies from implementing robust robocall blocking efforts,” according to a news release from the FCC.

Discussions about the order indicate that the commission considered and included additional protections for legitimate callers. ACA will provide detailed analysis of the final order when it is available. However, initial reports show it includes requirements that providers offer complaint resolution free of charge to callers and safe harbor protections for voice service providers are contingent on redress mechanisms.

Commissioner Michael O’Rielly said during Thursday’s FCC meeting that he would have preferred a broader safe harbor, but that he was able to help strengthen protections for legitimate callers.

During the meeting, the FCC also issued a Further Notice of Proposed Rulemaking seeking comment on additional steps to protect consumers from robocalls and better inform them about provider blocking efforts. The notice specifically seeks comment on whether to obligate phone companies to better police their networks against illegal calls, and whether to require them to provide information about blocked calls to consumers for free. In addition, the notice seeks comment on notification and effective redress mechanisms for callers when their calls are blocked, and on whether measures are necessary to address the mislabeling of calls.

Before this week’s vote and release of the draft call blocking and labeling order release by the FCC, the commission also released a staff report, “Call Blocking Tools Now Substantially Available to Consumers: Report on Call Blocking.”

The report cites the Number Sentry Study and call blocking statistics provided by ACA, although it takes issue with some of the data points, ACA previously reported. It states, “Commenters representing industries that make a lot of outbound calls assert that the rate of erroneously blocked calls is much higher than voice service providers indicate. Part of this false positive block, however, may result from consumers choosing not to answer calls from numbers they do not recognize and allowing the call to go to voicemail instead, an option offered by voice service providers.”

ACA plans to address these points with the FCC.

The FCC will issue a second report on these issues in June 2021.

Earlier this month, ACA continued efforts with a broad coalition of associations to advocate for changes to the FCC’s order on call blocking approved at the meeting. This action is the latest in a series of actions taken by the FCC to address “robocalls,” and has been a top focus of ACA’s advocacy to ensure that overly broad efforts do not limit legitimate business calls.

During the meetings, the associations discussed the points raised in their July 2, 2020, ex parte letter, ACA previously reported. Specifically, the associations asked that the commission make the modifications to the draft order in order to protect consumers against illegal calls while ensuring that all voice service providers and third-party call-labeling service providers have the incentive to avoid mislabeling and erroneously blocking time-sensitive, legal calls on which consumers rely.

ACA will continue to advocate on these issues with the release of the Further Notice of Proposed Rulemaking following the July 16 meeting.