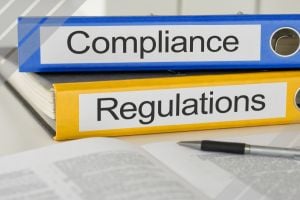 The city council held a markup March 15 as the first step in enacting the permanent debt collection legislation introduced last year in response to helping those struggling during COVID-19 public emergencies.

Washington, D.C.’s City Council is seeking to strengthen its debt collection law with call caps and limits on electronic communications, among other changes.

Bill sponsor Phil Mendelson, the city council’s chairman, said it addresses gaps in the district’s current debt collection law, which was passed in 1971.

The current law did not establish phone contact rules or prevent a consumer from being contacted by a debt collector at their place of employment, Mendelson said.

It was only updated when the district passed the Creditor Calling Act of 2011, according to Mendelson, which applies debt collection restrictions to creditors as well as debt collectors and prohibits creditors, collection agencies and their representatives or agents from calling consumers before 8 a.m. and after 9 p.m. in the district.

Co-sponsored by councilmember Mary Cheh, Bill 24-257 sets call caps at four per account, per week, with some exceptions.

“This is stronger than the federal law,” Mendelson said.

The bill also requires consumer consent for email, text message and other electronic communications and caps those at five per week, per account.

Councilmember Charles Allen asked during the markup how the call caps would be enforced.

“I think it’s mainly enforced in the reactive sense. When there is abuse, there can be an enforcement action,” Mendelson said, adding that the current law provides for a private right of action and for the attorney general to enforce violations.

The council also briefly discussed how the proposed new law would help address debt collection complaints in the district before a vote on the markup.

The council voted unanimously (11 in favor, with two councilmembers absent) to review the bill again on the consent agenda during its April 5 legislative meeting.

The proposed final version of bill 24-357 seeks to finalize and replace temporary legislation that was enacted in response to consumers’ hardships during the COVID-19 pandemic and allow extra consumer protections if a public health emergency is declared by the mayor. The temporary legislation currently in place would expire on June 9, 2022, if not replaced by a permanent bill before that date.

“ACA and the Mid-Atlantic Collectors Association continue to work alongside a large industry coalition advocating for sensible amendments to the pending legislation said ACA’s Vice President of State and Government Affairs Andrew Madden.  “We look forward to working with the council and our coalition partners as we prepare for the April 5 legislative meeting and continue to advocate for industry priorities.” Madden said.