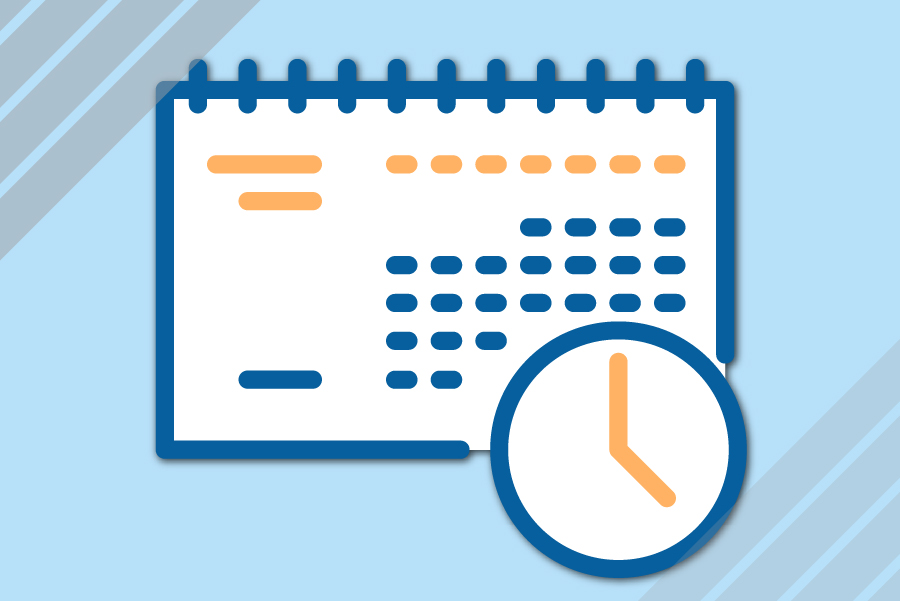 Legislation, regulatory guidance and court decisions are all at play in the long-term impact on student loan debt when payments for federal loan borrowers resume next year. Editor’s note: This article is for members only.

Thousands of student loan borrowers will have bills due starting at the beginning of next year after almost two years of forbearance by the federal government during the COVID-19 pandemic.

About 42.9 million Americans with federal student loan debt owe an average of $36,406 for their federal loans, according to the U.S. Department of Education (DOE).

That, combined with the end of the Centers for Disease Control (CDC) eviction moratorium after a 6-3 vote by the U.S. Supreme Court in August may hit many borrowers with payments they haven’t—and in some cases, couldn’t pay—since March 2020.

“Student loan debt right now is at about $1.7 trillion, up from $1.57 trillion at the end of 2019, which is almost twice as much of a jump compared to the recent years,” said Garret Kirkpatrick, associate at Smith Debnam, on a recent episode of the ACA Huddle. “Unemployment was recently at 5.4%; it did decrease in July, which is good, but it was as student debt increased. Federal student loans are paused through January 2022—which is great for people like me who have student loans—however, at the end of this moratorium we expect a big wave of Americans may begin to struggle paying their student loans.”

Stakeholders that work with consumers, such as student loan servicers who are part of ACA International’s membership, are working on their plans to ease borrowers into payments, but most of the official guidance on how to do so is expected to come from the DOE in the coming months—especially for servicers contracted to work on federal accounts.

Where does that leave borrowers and servicers in the meantime?

Currently, student loans, unlike mortgages, under federal law cannot be discharged in bankruptcy absent an undue hardship, said Caren Enloe, a partner with Smith Debnam, during the ACA Huddle.

“Aside from a mortgage, a student loan is probably the largest debt most consumers will ever incur, ranging from about $20,000 to $200,000 and even higher,” Enloe said. “The difference between the two is very significant. A mortgage is secured by collateral so when a bankruptcy is filed, a lender with a mortgage loan is secured and they can expect a payment at some point. The education lender, on the other hand, is making an unsecured voluntary loan based on the hope that the consumer’s future career will support payment of that loan.”

Legislators are trying to change student loan relief through a bill that would qualify some borrowers to discharge their debts in bankruptcy.

The bipartisan FRESH Start Through Bankruptcy Act of 2021, sponsored by U.S. Sens. Richard Durbin, D-Ill., and John Cornyn, R-Texas, would provide borrowers the opportunity to discharge their federal student loans in bankruptcy after a 10-year waiting period, and without having to prove undue hardship.

“I think this is a bill that everyone is going to need to watch very carefully,” Enloe said. “This kind of walks the line between preventing abuses of the system and deals with policy issues, such as higher costs of education.”

If a borrower proves an undue hardship as a result of their student loan debt, there may be exceptions to discharge the amount in bankruptcy—but those cases often end up in the court system.

The FRESH Start Through Bankruptcy Act would provide an option for student loan borrowers who have no realistic path to pay back their debt to file for bankruptcy.

Most student loan discharge issues arise in Chapters 7 and Chapter 13 of the Bankruptcy Code.

The Bankruptcy Code recognizes the risks for lenders if student loans could be easily discharged in bankruptcy and that they would be left unprotected if it were an option for all borrowers.

“In fact, it leaves it open-ended,” she said. “I think the reason they did that is because they want it to be a factual analysis.”

The issue eventually went to the courts, and a decision in the U.S. Court of Appeals for the 2nd Circuit Brunner v. New York State Higher Education Services Corporation (1987) resulted in a test for undue hardship that the nine other circuit courts adopted, Enloe said.

“There are a lot of deterrents in place within the Bankruptcy Code that will discourage consumers from trying to discharge those student loans,” Enloe said. “It’s a hard standard to meet in the first place, it’s expensive, and your likelihood of success is fairly minimal. It’s a pretty big roadblock for consumers.”

Since the 1987 decision in Brunner, Kirkpatrick said circuit courts are starting to disagree on the standard of undue hardship.

In Rosenberg v. NY State Higher Education Services Corporation et al., decided in the U.S. Bankruptcy Court for the Southern District of New York in January 2020, the judge disregarded years of student loan discharge precedent decided after Brunner, calling it a “quasi-standard of mythic proportions.” Instead, the court sided with the consumer and applied the traditional Brunner test for undue hardship without considering the cases that followed. As a result, the court found an undue hardship and authorized discharge of the loans, Kirkpatrick explained.

“This was a wake-up call for debtor attorneys because they thought courts were loosening standards for discharge of student loans,” Kirkpatrick said.

However, in March 2021, the 2nd Circuit changed the course on the issue and affirmed the undue hardship standard from Brunner in addition to all the cases that followed.

In the case Tingling v. Education Credit Management Corporation, the consumer’s counsel made the same argument in Rosenberg that the Brunner test has gone too far and become too strict, the court disagreed.

“The court said unless there has been clear congressional intent to discharge student loans, they’re not going to begin loosening the standards,” Kirkpatrick said. The fight to discharge student loans is also being pulled in two directions “One argument attacks the undue hardship requirement stating it is too harsh, the other is attacking the loans themselves arguing they are not qualified educational loans for discharge.”

Without legislation, the issue of discharging student loans in bankruptcy is complex and court decisions have left varying levels of precedent to follow in the U.S.

“Every year there are bills in Congress trying to knock out the discharge exception for student loans,” Enloe said.

Kirkpatrick said the FRESH Start act is trying to strike a balance between protecting borrowers with high student loan debt and protecting lenders.

Student Loan Payments Will Be Back

Federal student loan payments are currently on hold through Jan. 31, 2022.

“There are student loan borrowers out there who have not thought about this in a long time,” Kirkpatrick said. “At the end of 2020, the Trump administration set this moratorium on student loans, and it’s been over a year now at this point that no one has had to think about repayment.”

According to the DOE, more than 35 million of the borrowers with federal student loan debt may have been eligible for student debt relief under the Coronavirus Aid, Relief, and Economic Security Act.

“One of the main points is that the moratorium treats private loans versus federal loans very differently,” Kirkpatrick said. “Private loan payments have been required the entire time unless your private lender was giving you any sort of forbearance, deferment, or modified repayment plan. All private loans are different, and each servicer is operating under different plans. It’s hard to figure out how you’re going to pay private loans when these federal student loans come back into repayment.”

Enloe also noted the moratorium related to mortgages was not on payments, but rather foreclosures; although housing lenders did allow borrowers to defer payments.

“It’s a perfect storm right now because people more or less have the ability to pay their private student loans, but if they have private and federal loans these are all going to come due in February, plus possibly a mortgage. As a result, bankruptcies are likely to increase,” Kirkpatrick said. “While we thought the pandemic was going to increase bankruptcies, the federal government has put lots of protections in place, but those will all go away very soon.”

Student loan servicing will change in the new year when borrowers will be responsible for federal student loan payments after more than a year of forbearance and some servicers’ contracts end.

ACA members working with student loan borrowers or other consumers with questions can share recent guidance from the Consumer Financial Protection Bureau about the process to resume payments and if their loan is transferred to a new servicer, ACA previously reported.

“Once these protections are alleviated, we expect that bankruptcies are going to go back to the levels they were at prior to the pandemic and maybe even more than that,” Kirkpatrick said.

For a recording of the ACA Huddle on student loans and bankruptcy with Kirkpatrick and Enloe, click here.