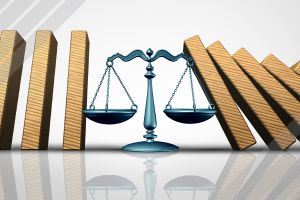 Amicus brief states the district court acted correctly in dismissing consumer’s TCPA appeal case hinging on the definition of an ATDS post-Facebook v. Duguid. Editor’s note: This article is available for members only.

ACA International has filed an amicus brief in Borden v. eFinancial, a Telephone Consumer Protection Act case on appeal from the U.S. District Court for the Western District of Washington.

ACA participates as amicus curiae in litigation matters affecting its members, including in cases—like this one—brought under the TCPA.

ACA submitted the brief to articulate why the appellant’s proposed definition of “random or sequential number generator” (RoSNG) as a device that generates any random or sequential number cannot be squared with the text or history of the TCPA, but rather that Congress intended to outlaw the random or sequential generation of telephone numbers in connection with automated dialing. ACA’s brief seeks to help clarify the scope of the U.S. Supreme Court’s unanimous ruling in Facebook Inc. v. Duguid, in which ACA participated as an amicus along with a coalition of other interested amici.

In Borden v. eFinancial, the district court found that the consumer did not plausibly allege that eFinancial used an automatic telephone dialing system (ATDS) to send its text messages. The court referred to the Supreme Court’s reasoning in Duguid that “using a random or sequential number generator” modifies both “store” and “produce” in the statutory definition, and that Congress specifically intended Section 227(b)(1)(A) of the TCPA to address the problems caused when companies used technology to dial random or sequential blocks of telephone numbers automatically, ACA previously reported.

The court stated, “eFinancial’s use of its system to send advertisement text messages to consumers who entered their phone numbers into a form on its website simply does not implicate the problems caused by autodialing of random or sequential blocks of numbers that Congress sought to address when it passed the TCPA.”

Accordingly, the court dismissed the case with prejudice.

Borden appealed to the 9th Circuit Court of Appeals.

In its amicus brief, ACA argues that the district court correctly dismissed the case with prejudice and that Borden did not and cannot allege that eFinancial randomly or sequentially generated his telephone number—particularly given that he admits to having provided his number to eFinancial via their website.

Please log in. If "Remember me" is active, please continue and log in without re-entering your credentials.