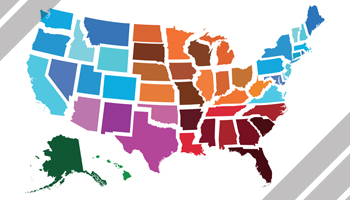 Following suit of a Pennsylvania student loan servicer, Granite State Management and Resources will end its contract this year. The department is working on transition plans for student loan borrowers as payments that have been on hold are set to resume Sept. 30.

The Department of Education learned this week another student loan servicer has decided to end its contract this year.

“Yesterday, officials from Granite State Management and Resources notified leadership at the U.S. Department of Education office of Federal Student Aid that Granite State will leave the federal student loan servicing program by Dec. 31, 2021,” Federal Student Aid Chief Operating Officer Richard Cordray said in an article from Forbes. “FSA and Granite State will work together to ensure that student loan borrowers will transition smoothly to a different loan servicer.”

Granite State Management is the second student loan servicer to announce the end of its contract with FSA in recent weeks.

The Pennsylvania Higher Education Assistance Agency (PHEAA) announced it will not continue its federal student loan servicing contract with the U.S. Department of Education after it expires Dec. 14, 2021, ACA International previously reported.

With the change in contracts, the Biden administration will need to shift 10 million or more student loan borrower accounts to different loan servicers, Forbes reports.

Projects under Cordray’s leadership at Federal Student Aid are expected to include managing the Department of Education’s student loan forbearance, which is in place until at least Sept. 30, 2021, and another possible extension of the process for borrowers to start paying again.

The student loan servicer changes will occur while the moratorium is set to end, Forbes reports.

Meanwhile, the Department of Education is in the process of reviewing regulatory priorities for the next year. In June, the department held public hearings on new regulations that would address student loan repayment and loan default issues, among other topics, according to a news release.

Following up on the public hearings, the department will solicit nominations for non-federal negotiators who can serve on the negotiated rulemaking committees, which will convene in late summer 2021.

“We write in support of the U.S. Department of Education’s regulatory agenda to provide relief to federal student loan borrowers. As part of the upcoming negotiated rulemaking process, we encourage the Department to pursue policies that reduce disparities in the burden of student debt, simplify loan repayment, close donut holes in forgiveness programs, and improve the overall confidence of borrowers in the federal student loan system,” the letter states.

Three bipartisan bills were also recently introduced on financial aid and student loan processes, according to an article from U.S. News & World Report. The legislation from U.S. Sens. Tina Smith, D-Minn., Chuck Grassley, R-Iowa, and Joni Ernst, R-Iowa, include the Understanding the True Cost of College Act of 2021, the Net Price Calculator Improvement Act and the Know Before You Owe Federal Student Loan Act, according to the article.

ACA will continue to follow this story and updates on a possible student loan forbearance extension.