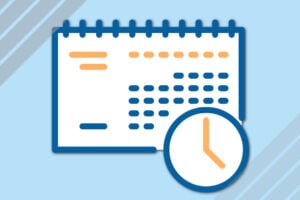 The complaint argues that the department’s student loan forgiveness and associated costs impacting inflation and the economy will affect other borrowers with loans of any kind and that it is not within the department’s authority under the HEROES Act.

A lawsuit in an Oregon District Court is challenging the U.S. Department of Education and Secretary of Education Miguel Cardona’s authority to discharge or forgive student loan debt on a mass basis under the Higher Education Relief Opportunities for Students (HEREOS) Act of 2003.

The plaintiff, Daniel Laschober, representing himself in the case in the U.S. District Court, District of Oregon—Portland Division, filed a complaint for a temporary restraining order and preliminary injunction arguing the language of the HEROES Act does not give Cardona the “wide-ranging authority to discharge or forgive student loan debt on a mass or blanket basis” as claimed in August memorandums from the Assistant Attorney General’s Office of Legal Counsel (OLC) and the Department of Education’s Office of the General Counsel (OGC).

However, the plaintiff argues that only “affected individuals” are eligible for assistance defined in the HEROES Act and the Department of Education has not established the broad class of 43 million borrowers “suffered direct economic hardship as a direct result of a war or other military operation or national emergency” with respect to the COVID-19 pandemic, nor have they determined if those borrowers are in a worse place financially in relation to that financial assistance received because they are an affected individual.

Costs of Student Loan Forgiveness
The complaint also calls into question the costs and impact on the economy from the student loan forgiveness and payment pauses.

Borrowers earning less than $125,000 per year will see loan forgiveness of up to $10,000 and the Biden administration will forgive $20,000 for Pell Grant recipients, making it the largest federal student loan forgiveness to date.

The U.S. Department of Education, pending a decision on the student debt relief from Biden, has developed plans for implementation covering the president’s different proposals.

The student loan payment relief has been extended several times under both the Trump and Biden administrations.

In the Laschober v. Cardona claims against the Department of Education, the plaintiff argues the amount of student loan forgiveness per person or per household determined by the department is arbitrary and capricious.

“Estimates of the loan forgiveness plan range from $500 billion to $1 trillion, or

the equivalent of approximately one-quarter of the entire United States annual budget on a pre-COVID basis,” the complaint states. “The decision by defendants to take this action on an issue of such major national economic and political significance must be supported by clear statutory authorization, which is notably absent in this case.”

The complaint notes this authority is not included in the HEROES Act, rather it was only authorized by Congress in the CARES Act, which address funds for COVID-19 relief for student loan borrowers.

Therefore, unless restrained by the court, “financial harm to plaintiff resulting from the defendants’ plan to mass forgive student loans is foreseeable, quantifiable, irreparable, and due to the immediacy of the plan, imminent.”

In addition to the temporary restraining order preventing the Department of Education from implementing student loan forgiveness under the HEROES Act until a hearing on a preliminary injunction occurs, the plaintiff seeks a preliminary injunction enjoining the department from engaging in the “unlawful and unconstitutional acts” alleged in the complaint as well as costs and attorney’s fees.

ACA’s Take
This is the first case of its kind ACA has seen. The plaintiff’s theory is that if the Department of Education’s student loan forgiveness causes further inflation, which many economists believe it will, and if the government’s key tool to fight inflation is raising interest rates, then anyone with any variable/adjustable interest on any loan type—a mortgage, in this case—will suffer an economic loss as their interest costs rise.

There are several other entities and states that likely have standing in this case, and it is expected that there may be some additional forthcoming challenges based on differing theories.