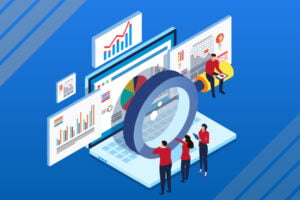 The Senate’s legislative package aims to expand health care and other cost savings for consumers. In the House, members have proposed a measure to rein in inflation from executive actions, such as cancelling student loan debt.

Days away from the August congressional recess, Senate democrat leaders have proposed a legislative package to reduce inflation and expand the Affordable Care Act, among other reforms and cost savings.

The act would make a historic down payment on deficit reduction to fight inflation, invest in domestic energy production and manufacturing, and reduce carbon emissions by roughly 40% by 2030, according to a summary of the proposal.

The bill will also allow Medicare to negotiate for prescription drug prices and extend the expanded Affordable Care Act program for three more years, through 2025.

Minus the time crunch before the August recess and making headway on issues like inflation before the midterm elections, Democrats are aiming to approve the bill through budget reconciliation—meaning they can act without Republican members’ input, according to The Hill. Democrats will also need the support of all members in the 50-50 split Senate.

The Reduce Exacerbated Inflation Negatively Impacting the Nation (REIN IN) Inflation Act would require the Biden administration to publish the inflationary impact of executive actions before enacting them, according to a news release from McHenry’s office.

Specifically, this bill would require the Chairman of the Council of Economic Advisors and Office of Management and Budget to prepare a report including the inflationary effects for any executive action with an estimated impact of at least $1 billion. The White House would then have to report these findings to Congress each year to increase transparency and accountability over executive actions.

“As the Biden administration continues to consider harmful economic policies like canceling student debt, this legislation would require them to consider and report the financial impact their actions have on hardworking Americans,” the news release from McHenry states.