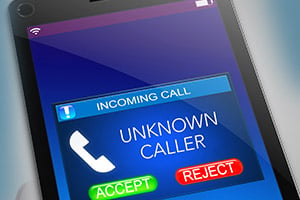 The rules will implement robocall mitigation and build on the FCC’s other efforts to stop illegal robocalls.

It is part of Chairwoman Jessica Rosenworcel’s agenda “to close the avenues by which robocall scammers are using gateway providers to circumvent accountability and reach American consumers,” and build on other efforts like ending the exception to STIR/SHAKEN implementation for certain small carriers and FCC demands that voice service providers stop carrying illegal robocall traffic, according to a news release.

Rosenworcel has also proposed a Declaratory Ruling and Order that, if adopted, would require callers to obtain consent before using ringless voicemail technology to contact consumers under the Telephone Consumer Protection Act, ACA previously reported.

During the meeting, ACA expressed support for the commission’s efforts to protect consumers against scams, fraud, and other unlawful robocalls, while also raising concerns that the commission might vote on the draft order based on a stale record, without meaningful opportunity for public input, and in a way that could create harmful side effects for consumers and legitimate callers acting in good faith.

ACA is reviewing the implications of the international robocall order in a similar fashion to determine the potential impact on members who might have nearshore call centers and the protocols for carriers to know they are legitimate calls.

What the International Robocall Order Requires

The new rules on gateway providers—the on-ramps for international call traffic—institute stringent compliance requirements to ensure that these providers comply with STIR/SHAKEN caller ID authentication protocols and require that they take additional measures to validate the identity of the providers whose traffic they are routing.

The rules require gateway providers to participate in robocall mitigation, including blocking efforts; take responsibility for illegal robocall campaigns on their networks; cooperate with FCC enforcement efforts; and quickly respond to efforts to trace illegal robocalls to their source.

With this report and order, non-compliance by a gateway provider may result in that provider being removed from the Robocall Mitigation Database and subject to mandatory blocking by other network participants, essentially ending its ability to operate.

The FCC also seeks further public comment on expanding robocall mitigation requirements beyond gateway providers to cover all U.S.-based intermediate providers, who it said are some of the few remaining participants in the voice service system to not yet fall under requirements to file a certification and mitigation plan in the Robocall Mitigation Database. The decision on that aspect will be made at a later date.