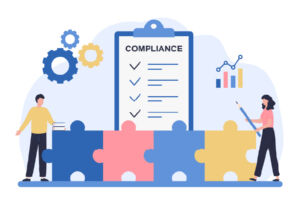 The requirements for larger hospitals and their debt collector partners start this summer, while smaller critical access hospitals have until February 2023 to comply. North Carolina is also considering a medical debt bill now following suit of other state laws.

Colorado Gov. Jared Polis has signed legislation on price transparency and medical debt that will take effect in August.

The new bipartisan law, H.B. 1285, will prohibit a hospital, individual or company collecting debt on behalf of the hospital from taking certain debt collection actions if the hospital is not in compliance with federal price transparency laws.

“We are making sure that when Coloradans go to the doctor, they don’t end up with surprise bills for getting the care they need, and that hospital pricing is available to increase competition and drive down costs,” Polis said in an article on ColoradoPolitics.com.

H.B. 1285 was unanimously approved by the Colorado Senate in a third reading on May 3 and passed in the state House with only one “no” vote.

According to the bill text, it does not:

A hospital that initiates or pursues a prohibited collection action is subject to a penalty equal to the amount of the debt and must refund any amount paid on the debt and pay attorney fees and costs.

Additionally, the bill makes attempting to collect the debt an unfair practice under the Colorado Fair Debt Collections Act.

An amendment to the bill will give smaller critical access hospitals with less than 25 beds until February 2023 to comply, while the rest of the requirements take effect in August.

North Carolina’s legislative session is underway—it is one of the states with a later and shorter session—and the state House is considering a medical debt protection bill.

H.B. 1039, the Medical Debt Protection Act, seeks “to reduce burdensome medical debt and to protect patients in their dealings with medical creditors, medical debt buyers, and medical debt collectors with respect to such debt,” according to the bill summary.

It is supported by the state’s treasurer, Dale Folwell, who in a press release said the legislation follows medical debt laws in several other states.

“It requires that health care facilities develop a Medical Debt Mitigation Policy (MDMP) that would build on an existing framework of financial assistance plans under the federal Affordable Care Act,” according to the press release.

It would establish a set of steps that must be followed before someone is billed, including:

The legislation will likely need to be considered in three committees in both the state House and state Senate before final passage. The legislature is set to adjourn at the end of June.