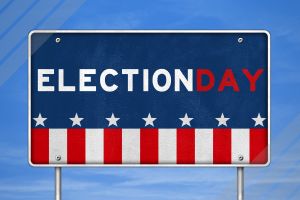 South Carolina, Georgia and Nevada had their primaries this month as the midterm election in November approaches. All eyes are on the close Democrat majority in the Senate and if it will flip to Republican control.

With nearly 500 election races ahead this year in November, including 34 seats in the U.S. Senate and the entire U.S. House of Representatives—435 seats—2022 could mean another shift in party control in both chambers.

The Hill reports Republicans need only one new seat in the November election to take control of the Senate. However, U.S. Sen. Pat Toomey’s, R-Pa., seat could flip to a Democrat spot. Toomey is retiring this year. In Nevada, Democrat U.S. Sen. Catherine Cortez Masto faces a challenging race against former state attorney general Adam Laxalt, who earned the GOP nomination, according to the article. Nevada is facing issues that represent the most significant challenges for  Democrats, such as some of the highest gas prices in the U.S. and an economic downturn from COVID-19.

The latest round of primary elections on June 14 showed overall success in the Republican party with wins for candidates endorsed by former President Donald Trump while Democrats pulled ahead in some gubernatorial races.

“Former President Trump saw his endorsement put to the test in two key races in South Carolina, while Republicans saw victory in a South Texas congressional district that could bode well for their strategy in the region,” The Hill reports.

In South Carolina, incumbent U.S. Rep. Nancy Mace won the Republican primary over opponent Katie Arrington, backed by Trump, in the state’s 1st congressional district, according to The Hill article. The primary created a divide in the GOP as Mace still had endorsements of former South Carolina governor and former United Nations Ambassador, Nikki Haley, and former South Carolina congressman Mick Mulvaney, who also served as interim director of the Consumer Financial Protection Bureau and as director of the Office of Management and Budget during the Trump administration.

Laxalt won the GOP Senate primary and had Trump’s endorsement to face Cortez Masto in November. In the Nevada gubernatorial race, Clark County Sheriff Joe Lombardo, also endorsed by Trump, won his primary to move on to the November election against incumbent Gov. Steve Sisolak.

Amy Vilela, a progressive candidate, lost to incumbent Democratic Rep. Dina Titus in the 1st congressional district, according to The Hill.

The runoff will be with Katie Britt, a former top staffer for Shelby, and U.S. Rep. Mo Brooks.

“Britt, the leading contender in the state’s May 24 primary, did not clear the 50 percent threshold to avoid a runoff, forcing another election between her and the second-place finisher Brooks, an early favorite for the seat who quickly nabbed an endorsement from Trump,” according to the article.

The runoff winner will be up against Democrat Will Boyd in November.

Texas saw a GOP victory from Mayra Flores in the 34th congressional district to complete the remaining term of Democrat U.S. Rep. Filemon Vela, who resigned from his seat to take a lobbying job, CBS News reports.

In the 28th congressional district, Republican Cassy Garcia will go up against U.S. Rep. Henry Cueller, D-Texas, in November after Cuellar won a runoff election in May. Jessica Cisneros said she will request a recount from the runoff, which ended with 281 votes between Cisneros and Cuellar, The Texas Tribune reports.

Primaries Ahead—Help Get Out the Vote

Primaries in North Carolina, Georgia, Mississippi, New York are in the weeks ahead.

As we head into the 2022 midterms, ACA International and ACPAC, ACA’s political action committee, are focused on getting out the vote among members.

The National Conference of State Legislatures has a comprehensive list of election dates for the coming year. Make sure to mark your state’s date on your calendar and research your congressional candidates, which can be found on Ballotpedia.

Elections can make a difference for our industry’s future. To learn more about how ACA and ACPAC are fighting to make sure elections are making a difference at the federal level, visit https://www.acainternational.org/advocacy/political-action/.

“2022 is shaping up to be a year for significant change in the makeup of Congress, and ACA International and ACPAC are continuing to work with candidates and members of Congress on both sides of the aisle on education about ARM industry issues and priorities,” said ACA’s Federal Advocacy Director Patrick Russell. “We encourage members to track elections in their states and will continue to provide updates throughout election season.”

For more on the midterm elections, read Russell’s Midterm Election Primer in the March/April issue of Collector magazine.