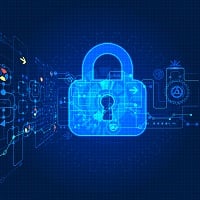 ACA submitted a letter to House Energy and Commerce Committee leaders about bipartisan data privacy legislation that could result in a complicated patchwork of requirements.

ACA International is advocating for federal data privacy legislation that avoids creating a patchwork of requirements for regulated entities that may also conflict with existing regulations.

Lawmakers on both sides of the aisle released a draft bill focused on comprehensive data privacy and held a legislative hearing for discussion on the proposal on June 14, ACA previously reported.

The draft legislation is the first comprehensive privacy proposal to gain bipartisan, bicameral support, according to a news release, and has been years in the making.

The American Data Privacy and Protection Act, H.R. 8152, would, among other changes:

“The sheer breadth of these exceptions will, unfortunately, limit and undermine the effectiveness of the preemption provision under consideration,” Purcell said. “Without question, the legislation and preemption as they currently stand will confuse and complicate compliance in a number of states. Given these realities, ACA respectfully urges ​the sponsors to eliminate or, at a minimum, narrow these exceptions to the preemption provision (except in instances of ​criminal behavior).”