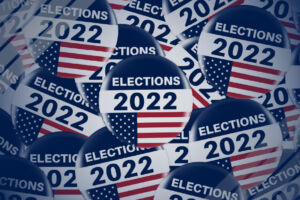 Republicans secured a narrower majority than expected in the House while the Senate is still a toss-up. State elections show consistency in party control, but some key governor and attorney general races saw turnover. Members: Register for our Nov. 16 ACA Huddle to learn more about the election results and ACA’s advocacy strategy.

Ballots continued to be counted Wednesday, but it appears Republicans will secure a majority in the U.S. House of Representatives—although slimmer than originally predicted in the polls—while the U.S. Senate majority will be determined through an expected runoff in Georgia.

Here are some of the results ACA International is following that will have implications for the accounts receivable management (ARM) industry and its members.

There were nearly 500 election races on Nov. 8, including 34 seats in the U.S. Senate and the entire U.S. House of Representatives—435 seats.

Dempsey said it’s expected there will be a vote next week for Kevin McCarthy as Speaker of the House if Republicans secure the majority.

In Florida, two Republicans, U.S. Sen. Marco Rubio and Gov. Ron DeSantis, won their elections—moving the state to a red wave instead of a swing state, The Hill reports.

“I think ACA is well positioned in its advocacy strategy following the midterm elections and has relationships on both sides of the aisle,” Dempsey said.

With the Republican majority in the House, U.S. Rep. Patrick McHenry, R-N.C., is expected to move from ranking member of the House Financial Services Committee to chair—a position he said in the spring that he would pursue.

U.S. Rep. Blaine Luetkemeyer, R-Mo., a key member for the ARM industry on the House Financial Services Committee, won a 6th term. Luetkemeyer is currently chair of the House Committee on Small Business.

In the Senate, a runoff will be held Dec. 6 between U.S. Sen. Raphael Warnock and Republican opponent Hershel Walker after Warnock led the race by just over 35,000 votes, Politico reports. Walker and Warnock are not expected to pass 50% of the votes, which would be required in Georgia law to avoid a runoff, according to the article. The runoff could be the deciding factor for control of the Senate between Republicans and Democrats.

In other Senate news, Democrat John Fetterman in Pennsylvania took a key seat held by retiring U.S. Sen. Pat Toomey, R-Pa., ranking member of the Senate Committee on Banking, Housing and Urban Affairs. The seat may also have an influence on the Democrats’ majority in the Senate, Senate Majority Leader Charles Schumer, D-N.Y., said in a press conference Wednesday, The Hill reports.

Currently, Democrats have 48 seats in the Senate, while Republicans have 49. With Pennsylvania’s win, Schumer is likely to continue as majority leader, but ballots are still coming in for Arizona, Georgia and Nevada, according to The Hill.

On the state side, ACA’s Vice President of State Unit and Government Affairs Andrew Madden said in a majority of gubernatorial races, Republicans held their seats and Democrats held theirs, with the exception of Maryland and Massachusetts.

Of note in Maryland and Massachusetts, Madden said, there will be Democratic control in the state House and Senate as well as the governor’s office come January.

In New York, Congressman Lee Zeldin lost the race for governor 47.5% to 52.5% against Kathy Hochul, Madden said. Iowa’s attorney general race ended the term of the longest-serving state attorney general in the U.S., Tom Miller, when Brenna Bird secured more than 50% of the votes Tuesday night.

More to Come on the Nov. 16 ACA Huddle

On the Nov. 16 ACA Huddle® at 11 a.m. CDT, Dempsey, along with Brownstein Hyatt Farber Schreck attorneys Jason Downs and Zachary Pfister, will break down the election results, provide analysis and make predictions about what’s in store for the next two years.

Madden will join the ACA Huddle as well for an in-depth state election update.

As ACA begins to get to work immediately building new relationships and strengthening old ones with elected officials, this panel explaining the path forward will be a must-see for all businesses preparing for the new normal.

As a reminder, a new software update from Zoom will require all ACA members who have previously registered for the ACA Huddle to reregister. All Zoom links used before Oct. 27 will no longer work.  Members can re-register (or register for the first time!) right here.