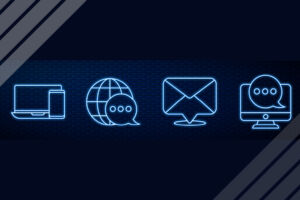 The Federal Communications Commission has released a notice of proposed rulemaking to begin the process of developing blocking rules for text messages.

The proposed rulemaking was adopted by the FCC Sept. 23 with the goal to stop scam and spam text messages with network-level blocking and sender ID authentication.

Texting has become a vital communications tool for businesses. This draft rule would require wireless carriers to block texts from invalid, unassigned or unallocated numbers or numbers on “do not originate” lists.

Blocking for robocalls started here, but it was discretionary, not mandatory. From there the FCC moved on to blocking based on reasonable analytics, and then implementation of the STIR/SHAKEN regime for carriers. The notice also asks about redress, although it suggests redress may not be necessary for blocks based on these factors since the calls are ‘highly likely to be illegal.’”

The proposal does not suggest blocking based on reasonable analytics.

Upon publication in the Federal Register, the FCC will take public comment on ideas to apply caller ID authentication standards to text messaging and require providers to find and actively block illegal texts before they get to consumers, according to a news release from the commission.

ACA International will fight diligently for its members to be able to fully use text messaging. Even some consumer groups and the Consumer Financial Protection Bureau made it clear during the Regulation F rulemaking process that people in collections should be able to use these tools as long as the sender has the right protocols in place, such as a proper opt-out option. If these rules could stop texting from bad actors and increase the trust of using texting by legitimate business, that would be a good thing.