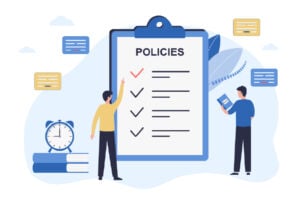 The rule will activate a dormant authority under Section 1033 of the Consumer Financial Protection Act, and the bureau hopes to issue a draft regulation after the first quarter of 2023 and finalize it by 2024. An outline of the rule proposal is now available.

Consumer Financial Protection Bureau Director Rohit Chopra recently announced that the bureau will launch a new approach to market regulation and will ask for public input on the long-awaited data-sharing rule.

The new rule will activate a dormant authority under Section 1033 of the Consumer Financial Protection Act (CFPA) to help accelerate these changes, and the bureau hopes to issue a draft regulation after the first quarter of 2023 and finalize it by 2024.

The rule at issue is intended to give consumers rights to their financial data, Chopra said in remarks at the Money 20/20 fintech conference this week.

“While not explicitly an open banking or open finance rule, the rule will move us closer to it, by obligating financial institutions to share consumer data upon consumer request, empowering people to break up with banks that provide bad service, and unleashing more market competition,” Chopra said.

In the announcement, Chopra details some of the features of a more open and competitive market, along with the opportunities and leverage that individual consumers and new businesses will have in that environment. He also details where the bureau is headed with these regulations and what they are trying to avoid. Finally, he provides an overview of the schedule and subsequent actions needed to do this.

In his conference remarks, Chopra also discussed plans to propose requiring financial companies offering “deposit accounts, credit cards, digital wallets, prepaid cards and other transaction accounts” to use “secure methods” for sharing data, according to a report from Politico Pro.

The bureau is looking at measures to prevent financial institutions from “improperly restricting access when customers seek to control and share their data” as part of that rulemaking, according to Chopra.

“I’ve asked that our staff look at alternatives to the so-called notice-and-opt out regime that has been the standard for financial data privacy,” Chopra said. “For example, the longstanding Gramm-Leach-Bliley Act privacy rules don’t give consumers meaningful control over how their data is being used.”

A decentralized, open ecosystem will benefit both “creators and consumers” the most, according to Chopra, who added that the bureau is “exploring safeguards to prevent excessive control or monopolization by one, or even a handful of, firms.”

The proposed rule would give individuals and emerging companies more negotiating power. Consumers can frequently provide data brokers, also known as data “aggregators,” access to their financial information in the market today. However, the overall regime is ineffective since consumer access is reliant on a system of erratic and contradictory market participant rules, according to the CFPB.

New businesses would also be able to use consumer-permitted data to enhance and customize, increase accessibility, and create new goods and services.

“Second, there would be better security of personal financial data. One reason that the current ecosystem is unstable is that many companies currently access consumer data through activities like screen scraping,” Chopra said. “However, such methods are not secure, and they are likely not sustainable, especially as data security standards potentially evolve to a point that such activities may become blocked.”

In his remarks, Chopra listed opportunities for switching and incentives, unbundling on competitive products, customer loyalty, improved underwriting models and more as benefits to the proposed rule.

The CFPB is subject to a rulemaking step that is unique among financial regulators, according to the announcement. The CFPB is required to convene a panel of small companies that represent their markets before releasing a proposed regulation in order to get their feedback.

As part of that requirement, the bureau released an outline of proposals and alternatives under consideration by the Small Business Advisory Review Panel as well as a summary and discussion guide of those proposals.

As described in the outline, the CFPB is considering proposals, for example, that would help consumers who want to choose a new provider to transfer their account history to a new company.

In the first quarter of 2023, the bureau will publish a report about the input they received through that process, which will inform a proposed rule that it plans to issue later in 2023, finalize in 2024 and move to implementation.

According to the bureau, there will be numerous opportunities to offer feedback so that the public record is informed throughout the process.

This followed similar announcements from Chopra in congressional testimony that the bureau is “dramatically increasing its issuance of guidance.”

The bureau also continues to issue advisory opinions and guidance in the form of the CFPB Circulars, including one on fee assessments that ACA is reviewing.

ACA and its members recognize and welcome clear and accurate guidance from regulators as a benefit to the industry. However, rulemaking by enforcement is not the appropriate way to govern, and we continue to urge the CFPB to abide by the Administrative Procedure Act before creating any new standard.