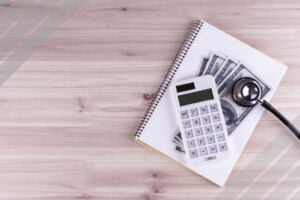 The bill, which would have reduced the statute of limitations, could be revisited in the Virginia General Assembly’s veto session starting April 27. With a two-thirds vote in the House of Delegates and Senate, the assembly can override a veto.

Virginia’s medical debt statute of limitations bill was vetoed by Gov. Glen Youngkin at the end of the state’s legislative session, which had more than 800 bills on the docket—a majority of which were amended or signed by the governor.

The bill, H.B. 573, would have reduced the statute of limitations on collecting medical debt from five years to three years starting with contracts entered on or after July 1, 2022.

H.B. 573 “provides that the statute of limitations for an action on any contract, written or unwritten, to collect medical debt, including actions brought by the Commonwealth, is three years from the original date of a health care service unless the contract with a hospital or health care provider is for a payment plan that allows for a longer period of time for the collection of debt by the hospital or health care provider,” according to the bill text.

The bill passed in the Virginia House Feb. 14, and passed in the commonwealth’s Senate Judiciary Committee Feb. 28 by a 15-0 vote. Virginia delegate Nadarius Clark, D-Portsmouth, introduced the bill.

Under current law, the period within which such execution or action shall be brought is 20 years in circuit court and 10 years in general district court.

The General Assembly in Virginia ended its 60-day session March 12 without reaching a decision on the state’s budget or dozens of other bills, which were continued in a special session, The Washington Post reports.

The General Assembly can override any of the 25 vetoes from Gov. Youngkin, when it holds a veto session starting April 27, according to the article. An override requires a two-thirds vote from the House of Delegates and the Senate.