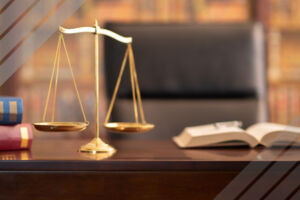 Creditors Adjustment Bureau’s settlement agreement guidelines were key in fighting a consumer’s case after he defaulted on a lease.

This ruling establishes case law that provides specific guidelines and assurances for purposes of structuring settlement agreements to stand up against a decision in the related Greentree Financial Group case.

“This published decision is definitive and will provide clarity and relief to creditors entering into these sorts of settlement agreements,” said CAB chief counsel Kenneth J. Freed in a news release.

The consumer in this case, Ray Imani, owed $251,200 after defaulting on a lease. Under a settlement agreement reached through CAB, Imani would pay a much lesser sum in 24 monthly installments. However, if he defaulted, he would owe the full amount sought in the complaint including fees, interest and costs.

Imani immediately defaulted on the settlement agreement and judgment was accordingly entered. He sought to set aside the judgment arguing that it constituted a penalty and was void under Greentree and related cases.

In the Aug. 9, 2022, ruling, the California Court of Appeals rejected this argument and was persuaded by CAB’s position that the specific language used in its settlement documentation made it distinguishable from Greentree and that court’s finding of an unenforceable penalty.

“It’s all about the way we framed our stipulations for entry of judgment after [the] Greentree decision,” Freed said.

California Associate Justice Kenneth Yegan began his ruling by quoting an earlier opinion: “Over 25 years ago, we stated the unremarkable: ‘The purpose of the law of contracts is to protect the reasonable expectations of the parties…. There is…a price to be paid for breach of contract.’”

That quote was from Yegan’s Nov. 20, 1995, opinion in Ben-Zvi v. Edmar Co. He continued, “Here, we protect the reasonable expectations of the parties. And there is still a price to be paid for breach of contract.”

Creditors and their counsel can now breathe easier knowing that a properly drafted settlement agreement will be deemed valid and enforceable even if it has a substantial “kicker” in the event of a default, according to the news release from CAB.