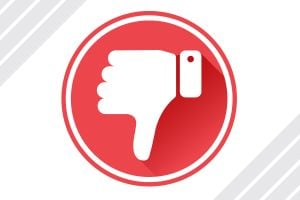 A New York district court denied the plaintiff’s request for an injunction ordering a CRA to correct information in his credit report because the FCRA does not provide a private right of action for injunctive relief.

The agency moved to dismiss the complaint for failure to state a claim under Rule 12(b)(6) and the magistrate recommended the motion be granted. The consumer objected, arguing that the recent case from the U.S. Supreme Court, TransUnion LLC v. Ramirez, 141 S. Ct. 2190, 210 L. Ed. 2d 568 (2021), deprived her of Article III standing and therefore the action should instead be dismissed under Rule 12(b)(1) for lack of subject matter jurisdiction.

Decision:
Federal courts, unlike their state brethren, are courts of limited subject matter jurisdiction. Jurisdiction exists when (1) the plaintiff suffers a concrete, particularized injury-in-fact that is actual or imminent, not conjectural or hypothetical; (2) there is a causal link between the injury and complained-of conduct; and (3) it is likely that the injury will be redressed by a favorable decision. Federal courts have a continuing and independent duty to ensure that they possess subject matter jurisdiction, they must address standing at the outset of their analysis, and must dismiss a case—even sua sponte—when they find it is lacking any of these components.

The court described the Ramirez decision as a “watershed” for FDCPA cases. “In reversing the [9]th Circuit, the Supreme Court held that, for purposes of Article III standing, it is not enough to allege that the defendant’s conduct violated a federal law; a plaintiff seeking damages must show they were “concretely harmed by a defendant’s statutory violation.” 141 S. Ct. 2190 at 2205. Applying that rule, the court found that the class members whose allegedly misleading or inaccurate credit reports were not disseminated to third-party creditors had not suffered a concrete injury-in-fact.

The consumer here alleged she was injured by the receipt of the collection agency’s “deceptive and/or misleading communications” but the consumer conceded that the collection agency did not disseminate the allegedly inaccurate or misleading information about her debt to any third party. She also did not allege that the claimed risk of economic harm ever materialized, or that she was independently harmed by her exposure to these risks.

Although the collection agency appeared to concede that the consumer lacked a concrete injury, it nevertheless persisted in its request that the court dismiss the claim for failure to state a claim because the issue of Article III standing was not previously discussed by the parties. The court rejected this suggestion because even if all parties agree to waive its absence, if a plaintiff lacks Article III standing, a court lacks subject matter jurisdiction to hear their claim.

Put simply, without standing, the court lacks power to decide whether a plaintiff adequately pleaded FDCPA claims, regardless of when or how the jurisdictional question was presented to the court.

Because the court found the consumer’s standing deficiencies to be manifest in this case, the court sustained the consumer’s objection to the magistrate’s report and recommendation, and the court dismissed the action without prejudice in the absence of subject matter jurisdiction.

ACA’s Take:
Federal courts continue to focus on standing, and it appears to be an uphill battle for collection agencies to assert that consumers have standing when the consumers themselves concede they have not suffered a concrete injury.