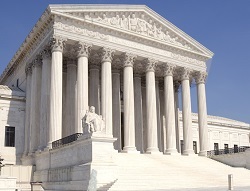 SCOTUS approves petition for appeal of lower court’s ruling that the government-debt exception to the TCPA is unconstitutional.

On Friday, the U.S. Supreme Court granted a petition for review of a case that will bring the Telephone Consumer Protection Act’s constitutionality to the forefront of legal discussion.

The case, Barr v. American Association of Political Consultants Inc., stems from the federal government’s request to review the 4th Circuit decision about “whether the government-debt exception to the Telephone Consumer Protection Act of 1991’s automated-call restriction violates the First Amendment, and whether the proper remedy for any constitutional violation is to sever the exception from the remainder of the statute,” according to the SCOTUSblog.

Here is what ACA knows so far:

SCOTUS Blog contributor Amy Howe reports that the case will likely be scheduled for oral arguments during the Supreme Court’s April argument session.

ACA is analyzing the petition to provide additional insights for members on the implications of the Supreme Court’s pending review.

The ongoing case comes as ACA and the accounts receivable management industry continue to await clarity from the FCC on the definition of an automatic telephone dialing system (ATDS.)

The Pallone-Thune TRACED Act signed into law in December 2019 does not include a directive for the FCC concerning the definition of an ATDS. The U.S. House of Representatives approved a version of the legislation with that directive; however, the House and Senate ultimately could not agree on a directive to the FCC and the entire section was removed in the final package.