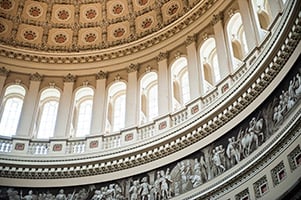 ACA International is among groups that continue to work with the FCC to correct an error concerning language for prior express consent in its latest TCPA order. Editor’s Note: This article is available for members only.

Earlier this year, ACA, Edison Electric Institutes, the Cargo Airline Association, and the American Association of Healthcare Administrative Management outlined to the FCC why arbitrarily limiting calls does not help consumers, ACA previously reported. The March 2021 petition asked the FCC to reconsider certain aspects of its TCPA exemptions order, which amended longstanding exemptions from the TCPA consent requirements for certain categories of informational calls. ACA also previously filed comments on the order.

These exemptions have been in place for nearly 30 years and do not permit unconsented telemarketing calls, rather they benefit consumers by allowing them to receive important calls, according to a Notice of Ex Parte Presentation outlining the issue.

The National Consumer Law Center (NCLC) agrees and recently met with the FCC and discussed the need for the commission to clarify prior express consent and written consent for non-telemarketing calls, ACA previously reported.

In a letter to the FCC, the NCLC said that the FCC should clarify prior express consent and written consent for non-telemarketing calls.

ACA and the stakeholders are renewing the petition request following the NCLC’s announcement of support and asking the FCC to reconsider the errors in the TCPA exemptions order. The petition also reiterates the request for clarity on the FCC’s past guidance regarding prior express consent.

The stakeholders’ petition notes that calls subject to the TCPA exemptions already have frequency limits and numerous other consumer protections are in place.

“The petition contends that the specific call frequency limit (three calls per 30 days) and the specific opt-out mechanisms (Do-Not-Call style compliance used for telemarketing calls) adopted in the TCPA exemptions order will harm consumers, are not grounded in record-based evidence, and defy logical explanation that would satisfy the commission’s statutory obligations under the Administrative Procedure Act,” it states.

The petitioners also offered a concrete, administrable framework for determining call frequency limits on reconsideration. Any such limit, the petitioners explained, should be guided by the following principles:

Overall, the stakeholders presented these key principles for modifying the TCPA exemptions order:

The NCLC highlights some legitimate trends, such as illegal robocalls that show the need for a call frequency limit, but the petitioners note the TCPA exemptions do not extend to telemarketing calls, and granting the petition would not allow more of such calls.

The FCC is currently seeking comments on STIR/SHAKEN call authentication implementation and whether the June 30, 2023, compliance deadline should be extended. Comments are due Nov. 12.

Read the complete petition to the FCC on TCPA exemptions here.