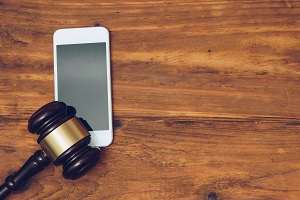 ACA International filed an amicus brief in the appeal, which addressed the retroactive application of the TCPA. The court did not address the government debt exception for calls in its ruling. Editor’s note: This article is available for members only.

The U.S. Court of Appeals for the 6th Circuit has reversed a district court ruling in Lindenbaum v. Realgy, the first appeal to specifically address the retroactive application of the Telephone Consumer Protection Act in the wake of the U.S. Supreme Court’s decision in Barr v. American Association of Political Consultants (“AAPC”).

ACA International filed an amicus brief in the appeal.

While the circuit court reversed the decision, it’s important to note that the court did not address whether “government-debt collectors have a due-process defense to liability because they did not have fair notice of their actions’ unlawfulness” from 2015-2020.

As readers may recall, the AAPC court found—in a splintered plurality decision—that the so-called “government debt exception” imposed an unconstitutional content-based restriction on speech, and so the court severed the exception from the TCPA, ACA previously reported.

In Lindenbaum, the consumer has appealed a decision written by Judge Patricia Gaughan in the Northern District of Ohio that found—in light of the decision in AAPC—that federal courts no longer have jurisdiction to hear claims alleging violations of the calling restrictions imposed by the TCPA during the period between the enactment of the so-called “government debt exception” (Nov. 2, 2015) and the date of the decision in AAPC  (July 6, 2020).

In the circuit court’s opinion, it states that even if they did address the government debt calls, “that does not create a First Amendment problem.”

The court then explained that “[w]hether a debt collector had fair notice that it faced punishment for making robocalls turns on whether it reasonably believed that the statute expressly permitted its conduct. That, in turn, will likely depend in part on whether the debt collector used robocalls to collect government debt or non-government debt. But applying the speech-neutral fair-notice defense in the speech context does not transform it into a speech restriction.”

In October 2021, the U.S. District Court for the Northern District of Ohio-Eastern Division issued a ruling in the case following suit with the Louisiana district court decision in Creasy v. Charter Communications Inc. (Sept. 28, 2020) and Barr v. AAPC before the U.S. Supreme Court, ACA previously reported.

Ultimately, the district court’s earlier decision against a violation of the TCPA by the defendant relied on precedent in Creasy and Barr that the TCPA is unconstitutional for calls made before July 6, 2020.