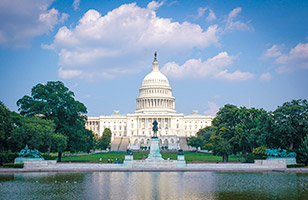 English is chief of staff at the National Economic Council and served on the “agency review team” for the bureau as part of the transition team for President Joe Biden and Vice President Kamala Harris, ACA International previously reported.

Toomey and the committee Republicans issued a letter to Rohit Chopra, Biden’s nominee for the CFPB director position, July 13 seeking answers about his “knowledge of allegations detailed in recent press reports over the improper treatment of employees at the CFPB.”

“According to the allegations in the press reports, political leadership at the CFPB under the Biden administration has taken questionable and possibly unlawful actions to push out top-level CFPB career civil servants in order to fill those civil service positions with hand-picked loyalists,” the letter states. “Such actions reportedly include offering employees extraordinary separation incentives to leave their posts and placing employees on administrative leave after opening up frivolous investigations against them. These allegations, if true, may violate employment and other laws.”

The letter first surfaced in June with a request for Chopra to answer questions about the staffing issues by June 21 and now has been forwarded to English.

“As a member of then-President-Elect Biden’s transition team, you were charged with reviewing operations at the CFPB, and according to recent press reports, many of the Biden administration’s reversals of CFPB policies advanced during the Trump administration were carried out by Acting Director [David] Uejio under your recommendation,” the letter to English states.

The letter includes several questions and a request for a response from English by Aug. 5, “in order to understand what, if any, knowledge or involvement you may have had regarding any effort to replace CFPB civil servants with individuals perceived as more loyal to the current administration.”

Toomey also issued a similar letter asking Uejio about his knowledge of the staffing issues in June.

In June, Toomey also addressed several concerns about the CFPB’s recent proposals on supervision, enforcement and final rules, including the debt collection rule (Regulation F), in a letter to Uejio, ACA previously reported.

Regarding the staffing issues, Toomey also sent a letter requesting for the Office of Inspector General for the Federal Reserve Board of Governors and CFPB to “promptly review the allegations” and “if found credible … open an investigation into whether any CFPB officials — or other officials in the federal government — violated any employment or other laws.”

ICYMI on the ACA Huddle: CFPB Alum Reflects on Regulations and Bureau Leadership