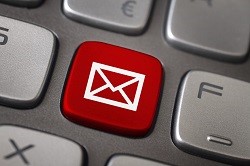 The bill streamlines the process for consumers receiving electronic documents. ACA supports the bill and is continuing to advocate with the CFPB on not applying the current ESIGN law to its rules.

The Senate Committee on Commerce, Science, and Transportation voted 14-12 on a motion from U.S. Sen. John Thune, R-S.D., to advance the E-SIGN Modernization Act of 2020, Senate Bill 4159, during a markup Wednesday.

ACA submitted a letter to committee members Sept. 15 outlining the importance of protecting electronic communication options for consumers in the bill.

U.S. Sen. Maria Cantwell, ranking member of the committee, said she opposed the bill and withdrew an amendment during the markup that would require the U.S. Department of Commerce to conduct another study about consumers’ access to electronic records and documents.

The Electronic Signatures in Global and National Commerce (E-SIGN) Act became law in 2000.

“As an overarching matter, we believe there are instances where the E-SIGN Act should not apply to the accounts receivable management industry, such as for electronic disclosures under the Fair Debt Collection Practices Act,” ACA CEO Mark Neeb said in the letter to the committee. “However, ACA supports efforts to modernize the E-SIGN Act regardless of its application to the FDCPA. The E-SIGN Act in its current form makes it more difficult to communicate with consumers. Limiting consumers’ ability to receive information they need electronically is not a helpful step toward protecting consumers.”

Whether the E-SIGN act applies to debt collectors seeking to use email has been a major point of issue in the debt collection rulemaking at the Consumer Financial Protection Bureau. ACA argued in its comment letter to the CFPB that it should not apply, and also outlined other areas of concern if the CFPB does find that it applies to the use of email. This legislation would be an important step toward addressing some of those concerns with the outdated nature of the E-SIGN act.

E-SIGN currently puts onerous burdens on consumers before they can receive an electronic communication, which is an outdated requirement that is no longer necessary given advancements in technology. The E-SIGN Modernization Act would remove this requirement, so once a consumer is provided with disclosure information and consents to receiving documents electronically, he or she can obtain them through those means.

ACA will continue to advocate on behalf of the industry as this bill progresses through the 116th Congress.