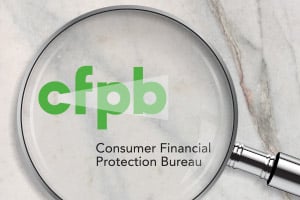 “As detailed in a series of recent statements, the bureau appears to believe that it can ignore jurisdictional limits and regulate without congressional authorization, that the economy can easily bear additional regulatory pressures, and that consumers can tolerate the resulting costs,” Toomey, the ranking member of the Senate Committee on Housing, Banking and Urban Affairs, said in a letter to CFPB Acting Director David Uejio. “I request additional information about these announcements and urge you not to proceed until the Senate has acted to confirm a nominee to head the bureau.”

The committee held the nomination hearing for Rohit Chopra as CFPB director March 2 and a recommendation to the full U.S. Senate is expected in the coming weeks.

Today, the CFPB issued a notice of proposed rulemaking (NPRM) to delay the mandatory compliance date of the General Qualified Mortgage (QM) final rule from July 1, 2021, to Oct. 1, 2022, according to a news release. “The CFPB is proposing to extend the compliance date to ensure homeowners struggling with the financial impacts of the COVID-19 pandemic have the options they need,” it states.

In his initial priorities as acting director, Uejio said he has directed the bureau’s Supervision, Enforcement and Fair Lending division to “always determine the full scope of issues found in its exams, systemically remediate all of those who are harmed, and change policies, procedures, and practices to address the root causes of harms,” ACA International previously reported.

The bureau is also reviewing enforcement and supervision policies from the last administration.

In one of his first official actions as acting director, Uejio also approved publication of a final rule on supervisory guidance in the Federal Register, which will take effect March 15, 2021.

The rule, developed by the CFPB in partnership with other federal financial regulatory agencies, clarifies differences between regulations and supervisory guidance and the use of the guidance for supervised entities.

Toomey addressed these priorities as concerns about the bureau’s direction in his letter.

“I write today concerned that the [CFPB] intends to take new regulatory and enforcement actions beyond the bureau’s statutory authorities, with little detail or legal justification, and with minimal to no regard for the potential costs to consumers,” Toomey said.

In February, Uejio said he also asked the bureau’s research, markets and regulations division to “explore options for preserving the status quo with respect to QM and debt collection rules,” according to CFPB blog post.

Toomey added he is concerned the bureau’s NPRM on the QM rule could cause confusion for consumers and create uncertainty around debt collection practices and the mortgage market.

“It is not clear how the bureau could ignore two final rules that are on the books,” Toomey said in his letter.

Toomey also requested a response to several questions by March 15, including more information on Uejio’s basis to explore the status quo with the QM and debt collection rules.