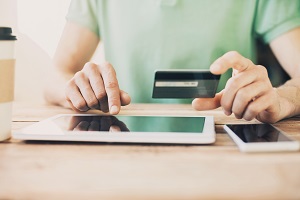 Office of Comptroller of the Currency seeks comments on the rule by Jan. 4.

– Ending Operation Choke Point is one of ACA’s advocacy efforts, including supporting legislation in the 116th Congress.

A new proposed rule announced by the Office of the Comptroller of the Currency (OCC) Friday would ensure fair access to banking services for several industries—including debt collection—previously cut off during the controversial Obama-era program Operation Choke Point.

ACA International has advocated for the end of Operation Choke Point by supporting legislation policy changes during the last several years and will keep moving forward with this advocacy on behalf of members impacted by the program.

“ACA is very pleased that the OCC is taking this step forward to protect the ability of all Americans, including ACA members, to have access to banking services,” said Vice President and Senior Counsel of Federal Advocacy Leah Dempsey. “We appreciate the support of Congress and their efforts to ensure fair and equal access to banking services, particularly Congressman Blaine Luetkemeyer, who has been a leader on these issues.”

The Financial Institution Customer Protection Act of 2019, introduced by U.S. Rep. Blaine Luetkemeyer, R-Mo., is one of many congressional efforts to end Operation Choke Point.

The legislation would require federal banking agencies to provide banks or credit unions written justification of any request to terminate or restrict a customer’s account, except in instances of national security. The legislation would also require each federal banking regulator to report annually on the number of requests to terminate customer accounts that the FDIC, National Credit Union Administration, OCC and Federal Reserve had made to a bank.

Similar legislation in the House and Senate, the Secure and Fair Enforcement Banking Act, was introduced last year to end Operation Choke Point.

“For years I have been fighting the harmful Obama-era initiative, ‘Operation Choke Point.’ Today’s announcement from the OCC gets America another step closer to putting it completely behind us,” Luetkemeyer said in a prepared statement on the OCC’s rule. “The Fair Access Rule will ensure all legal American companies have full and fair access to financial services and the economic freedom they deserve.”

The OCC proposal would codify more than a decade of OCC guidance stating that banks should provide access to services, capital and credit based on the risk assessment of individual customers, rather than broad-based decisions affecting whole categories or classes of customers, according to a news release from the OCC.

“Fair access to financial services, credit, and capital are essential to our economy,” Acting Comptroller of the Currency Brian P. Brooks said in the news release. “This proposed rule would ensure that banks meet their responsibility to provide their services fairly since they enjoy special privilege and powers because if the system fails to provide fairness to all, it cannot be a source of strength for any.”

Comments on the proposed Fair Access Rule are due on or before Jan. 4, 2021. Commenters are encouraged to submit comments through the Federal eRulemaking Portal, if possible. Use the title “Fair Access to Financial Services” and enter “Docket ID OCC-2020-0042” in the search box and click on “Comment Now” to submit public comments. View the Federal Register notice for more options to submit comments.