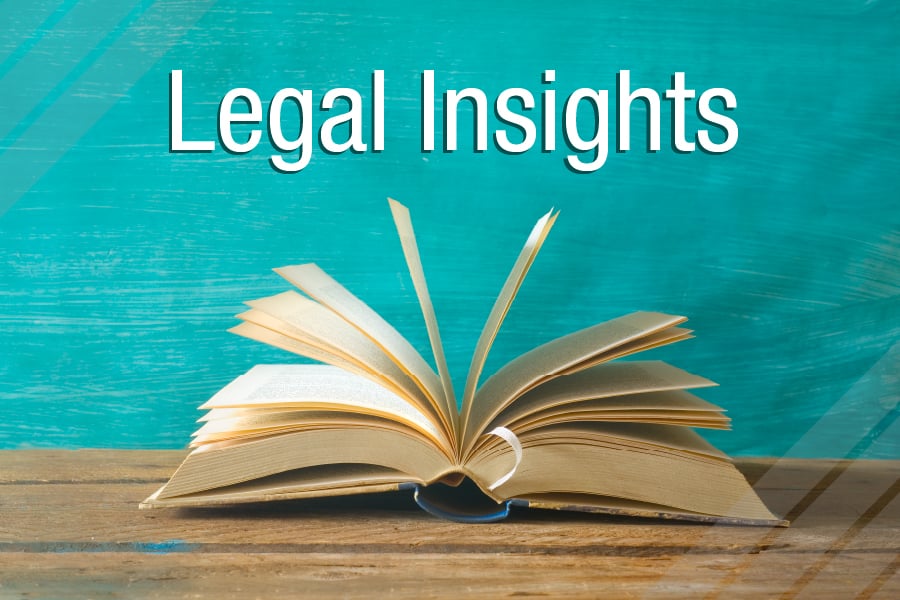 A court ruling is pending on ACA International and other plaintiffs’ motion for a temporary restraining order after the Nevada Financial Institutions Division announced its intent to promulgate regulations in draft form by Aug. 24.

The case is the result of an emergency motion for a temporary restraining order (TRO) filed by ACA, the Nevada Collectors Association (NCA) and 14 other plaintiffs. Testimony during the hearing focused on the risk of litigation to licensed collection agencies and increased costs because of S.B. 248—but more importantly on whether the law is constitutional.

The judge in the case, U.S. District Court Judge Richard F. Boulware II, additionally ordered the defendants—for all practical purposes, the Nevada Financial Institutions Division (NFID)—to file supplemental information about “further regulation, if any” that it may adopt to enforce S.B. 248 before Monday’s hearing.

During testimony, Boulware asked witness Michael Feeney, president and CEO of Allied Collection Service Inc., about the agency’s legal action process, communication methods and timeline of communication with consumers to whether, as a practical matter, businesses will understand this law and be able to comply with both it and the Fair Debt Collection Practices Act and Fair Credit Reporting Act. Overall, Boulware’s questions focused on the irreparable harm to agencies because of S.B. 248.

A first notice collection letter from Feeney’s agency was presented as an exhibit during the hearing.

“S.B. 248 lacks sufficient definiteness that Allied can understand what conduct is prohibited, and Allied has been left to guess at what its requirements are and the extent to which they apply,” Feeney said in his written testimony.

Boulware and Reilly also asked about the loss of business for Feeney’s agency if enforcement of S.B. 248 moves forward.

The NFID filed its intent to promulgate regulations on S.B. 248 Aug. 10 and intends to have draft regulations complete by Aug. 24. Based on the timeline from the NFID, final regulations would not be issued until January 2022, at the earliest. The process will include a small business impact survey and a workshop on the draft regulations.

Reilly filed a response to the NFID’s intent to promulgate regulations, stating the timeline is “optimistic” and based on several assumptions about the process and that the preliminary injunction and TRO should be granted while the regulations are finalized.

"[The] plaintiffs and the collection agency industry should not be compelled to wait for a minimum of six months—let alone potentially two years or more—to be given sufficient notice and direction on how to comply with the Fair Debt Collection Practices Act and S.B. 248," the response states.

The motion for the TRO asked the court to enjoin enforcement of S.B. 248 on the grounds that the law conflicts with the FDCPA and the FCRA; unconstitutionally infringes on medical debt collectors’ First Amendment free speech rights; and is unconstitutionally vague and ambiguous.

“If the state can issue clarifying regulations that can correct the constitutional defects in S.B. 248—and plaintiffs are interested to see how—then the temporary restraining order and preliminary injunction can be lifted by this [c]ourt when completed,” Reilly states in the plaintiff’s response. “But Nevada residents and collection agencies should not be left in limbo for months and potentially years waiting for the [NFID] to fix a bill that is constitutionally infirm.”

The hearing concluded with testimony from Armenta and Bob Hodges on behalf of debt buyer CF Medical LLC. Witnesses testifying on behalf of the plaintiffs were mainly concerned about the uncertainty surrounding enforcement of S.B. 248 and costs for their agencies.

“We understand the FDCPA based on things we’ve faced over the years, but this [S.B. 248] is a new law that presents issues with complying with both,” Hodges said.

Following testimony and questioning, Boulware  offered Steven Shevorski from the Nevada Attorney General’s Office on behalf of the defendants, and Israel and Reilly on behalf of the plaintiffs, the opportunity to present requests to file additional testimony not shared during the hearing before he issues a ruling on the injunction and the TRO.

“I don’t think it is necessary for the court to hear additional testimony … beyond what has already been addressed at this time,” Boulware said.

Reilly reiterated the plaintiffs’ request for a TRO while the NFID promulgates the regulations, but Boulware said his approach would be to first evaluate the facial challenge that S.B. 248 is unconstitutional.

“It seems to me … the appropriate thing for the court to do would be to decide the facial challenge to the statute raised by the plaintiffs and defer [any] as applied challenge until there is more evidence as to how the actual regulations play out,” Boulware said. “I think there has been enough evidence that has been presented [to show] there has been standstill in the industry.”