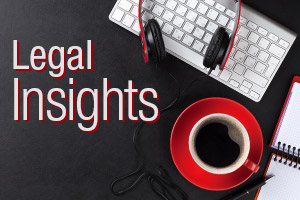 ACA International supports defendants in case focused on liability under the FDCPA when a factual error leads to collection on an account.

UPDATE: On June 24, the court issued an Order delaying the submission of the appeal and referring the parties to the Circuit Mediator. Mediation was one of several options for the court to choose, including affirming the district court’s decision or remanding the case to the district court for further proceedings.

According to the Order, the parties have 90 days to complete mediation.

Additionally, the Order notes that the plaintiffs’ request for reassignment to a different district court judge would be moot considering Judge Leighton’s planned retirement on Aug. 31, 2020.

The case, Von Esch v. Asset Systems Inc., is the second appeal from a federal district court’s summary dismissal of plaintiffs’ claims under the FDCPA and the Washington Consumer Protection Act. Plaintiffs argued that Asset should be held strictly liable for attempting to collect a $5,000 medical debt from plaintiffs that plaintiffs did not owe. Unbeknownst to Asset, the balance due in Asset’s letter was incorrect.

A later investigation revealed that an accounting error by the original creditor resulted in failure to credit an insurance payment to plaintiffs, but that plaintiffs still owed a $400 co-pay. Asset argued that even if this was an FDCPA violation, the violation was excused because the error was not intentional, and occurred notwithstanding Asset’s procedures in place to avoid the error.

“The bona fide error defense plays an important role in FDCPA jurisprudence. This issue is of great importance to ACA members,” said Angela Brown, counsel at Gray Reed & McGraw LLP, who served as amicus counsel on behalf of ACA International.

“A reversal of the district court’s decision would upset the statutory balance of rights, liabilities, and defenses contained in the FDCPA,” Brown states in the brief.

The defendant’s counsel, Jeffrey Hasson, an attorney with Hasson Law LLC, quoted ACA’s brief in his argument: “As best stated by ACA International, a reversal would allow a one-off accounting error by a creditor’s employee to transform the FDCPA into a rule requiring each debt collector to also be an auditor, accountant and a fact checker.”

After oral argument, the case was submitted to a panel of three judges on the 9th Circuit Court of Appeals for a decision.

The appellate court had many questions about the de minimus amount of the damages sought by plaintiffs. After the district court dismiss in favor of Asset, Asset filed a motion requesting more than $100,000 in attorneys’ fees and costs against plaintiffs and their attorneys, Hasson said. The motion for attorney fees partially relied on an offer of judgment that was made early in the case for $2,500 plus costs and attorney fees, and the appellate court had this information in the briefing.