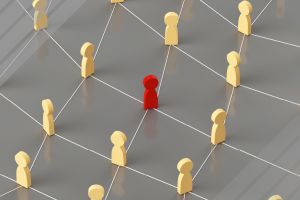 CFPB Director Rohit Chopra, who serves on the FDIC board, jointly proposed a review of bank merger regulations—which the FDIC’s chair said she did not authorize. U.S. Rep. Blaine Luetkemeyer has introduced legislation for the CFPB director to be a non-voting member on the FDIC.

Financial regulators are at odds with each other over Federal Deposit Insurance Corp. board members’ authority to propose actions—in this case, a review and public comment on bank merger policies—without approval of the chair.

It started when FDIC board members Martin Gruenberg and Rohit Chopra, who is also director of the Consumer Financial Protection Bureau, posted a joint statement on the CFPB’s website Dec. 9 seeking public comment on the Bank Merger Act.

“This marks the beginning of a careful review of the effectiveness of the existing regulatory framework in meeting the requirements of the Bank Merger Act,” according to the joint statement. “Effective implementation of the Bank Merger Act has deep implications for the safety and soundness, financial stability, community accountability, and competitiveness of the banking system. We strongly support this [r]equest for [c]omment.”

The FDIC, led by Chair Jelena McWilliams—a Republican member appointed by former President Donald Trump—responded the same day that the bank merger review had not been approved.

“Earlier today, the Consumer Financial Protection Bureau (CFPB) posted on its website a document, purportedly approved by the FDIC, requesting comment on bank mergers. No such document has been approved by the FDIC,” the FDIC stated in its response. “The FDIC has longstanding internal policies and procedures for circulating and conducting votes of its Board of Directors, and for issuing documents for publication in the Federal Register. In this case, there was no valid vote by the Board, and no such request for information and comment has been approved by the agency for publication in the Federal Register.”

Gruenberg, Bloomberg reports, issued his own statement: “It is clear under the statute that the majority of the FDIC board of directors has authority to place items on the agenda for board meetings and, alternatively, to circulate and act on notational votes.”

He added the “Federal Deposit Insurance Act empowers the board—and not the [chair].”

Last week, Chopra—who automatically earned a seat on the FDIC board when he was appointed CFPB director— again argued for the review in a post on the CFPB’s website and in his opening statement at the FDIC board meeting Dec. 14, after McWilliams raised opposition to the fact that the bank merger review had been approved.

“The law requires that the [d]irector of the CFPB serve as a member of the Board of Directors of the Federal Deposit Insurance Corporation (FDIC). The FDIC plays a critical role when it comes to reviewing bank mergers and ensuring financial stability in our country,” Chopra wrote. “As agencies across the government are rethinking their approach to combat anticompetitive consolidation and practices, the FDIC’s Board has voted to launch a review of the agency’s Bank Merger Act policies and invites the public to weigh in. We will accept comments for 60 days from the publication in the Federal Register.”

Chopra said in his board meeting statement that he decided to make promoting competition across the economy a priority as CFPB director and in his role on the FDIC board. He cited a July executive order from President Joe Biden “directing members of his [a]dministration to pursue a series of actions to promote competition across the economy, including in markets for transportation, telecommunications, health care, labor, and more.” The order also requested a review of the Bank Merger Act.

“The [p]resident’s request to conduct a review is completely reasonable. While members of the [b]oard may differ on what, if any, new policies should be enacted, we should quickly solicit input from the public to identify potential policy options,” Chopra said.

The resolution of the debate over the authority to approve the bank merger review will have a “major impact on how the FDIC handles that process in the future,” Bloomberg reports in an in-depth analysis of the issue.

It could even have an impact on future nominations at the nation’s financial regulators and under the Biden administration, “resulting in more moderate choices that can clear the evenly divided Senate.”

As chair of the FDIC, McWilliams is outnumbered by Democrat board members. The Federal Communications Commission also has a 3-2 Democrat majority and members of Congress have long called for the CFPB to be led by a bipartisan commission instead of a single director.

That’s where legislation comes into play.

U.S. Rep. Blaine Luetkemeyer, R-Mo., proposed the FDIC Board Accountability Act this week in response to the leadership and decision-making debate at the FDIC.

The bill seeks to amend the Federal Deposit Insurance Act by requiring four of the FDIC board members to be appointed by the president “with advice and consent of the Senate.” One member should have state bank supervisory experience, one should have primary experience working in or supervising depository institutions with less than $10 billion in total assets, and the director of the CFPB should serve as a non-voting observer to the FDIC board.

Luetkemeyer has previously sponsored legislation to implement a bipartisan commission of the CFPB.

“If the need for a commission at the CFPB was not clear before, it certainly is now,” Luetkemeyer said in a news release. “Director Chopra is not only weaponizing the CFPB to attack U.S. industries, but he is now trying to control an entirely different regulatory agency.”