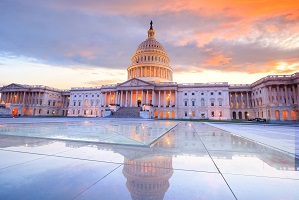 The legislation would have extended the Fair Debt Collection Practices Act to collectors of debt owed to a federal agency and debt buyers, contrary to language in the CFPB’s final debt collection rule. Editor’s note: This article is available for members only.

ACA International, in conjunction with members, secured an important victory on Capitol Hill Tuesday when the Stop Debt Collection Abuse Act, H.R. 4403, was pulled from the U.S. House of Representative’s scheduled votes this week.

ACA has been advocating that the problematic legislation should not advance in the U.S. House of Representatives.

Perhaps most concerning to ACA, however, is the bill would have conflicted with language already finalized in the Consumer Financial Protection Bureau’s rule defining “debt” and “debt collector.”

H.R. 4403, so far, was the only bipartisan House bill impacting the accounts receivable management (ARM) industry slated for a vote before the 116th Congress adjourns.

In 2020, the Democrat-led House Financial Services Committee proposed nearly two-dozen bills that would have impacted ARM industry operations. The House version of the Coronavirus Aid, Relief, and Economic Security Act and the Health and Economic Recovery Omnibus Emergency Solutions Act would have also severely restricted the ability of ACA members to operate and continue to communicate with consumers.

ACA proactively reached out to schedule and hold hundreds of meetings with congressional staff and members of Congress to educate them about why overbroad efforts in these bills would ultimately harm not only ACA members and their employees, but also businesses and consumers and the cancellation of the vote on H.R. 4403 signifies the success of these efforts.

There are approximately 10 days left in the 116th Congress’s lame-duck session, and ACA continues to engage with Congress in the event any additional legislation impacting the ARM industry surfaces in the final days of the 116th Congress.

“ACA’s advocacy outreach is an extremely important component of its ongoing efforts to help members succeed and ACA thanks its members for contributing to efforts on Capitol Hill and at the state level to partner with us as we work to educate lawmakers about facts and information critical to our industry’s ability to function and thrive,” said Vice President and Senior Counsel of Federal Advocacy Leah Dempsey.