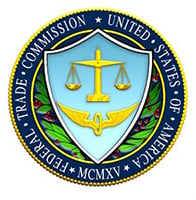 The bill was introduced after the U.S. Supreme Court issued a ruling that the FTC Act does not authorize the FTC to seek, or a court to award, equitable monetary relief to consumers.

The House of Representatives’ Energy and Commerce Committee debated legislation challenging a unanimous ruling from the U.S. Supreme Court concerning the Federal Trade Commission’s ability to seek financial restitution under the FTC Act during a hearing Thursday.

Following the court’s decision, U.S. Rep. Tony Cárdenas, D-Calif., vice chair of the committee, introduced the Consumer Protection and Recovery Act (H.R. 2668) to amend Section 13(b) of the FTC Act to provide the FTC with express authority to obtain both injunctive and monetary equitable relief for all violations of those laws it enforces, ACA International previously reported.

On Thursday, the committee voted 30-22 to pass the legislation.

Despite three cryptocurrency bills passing on a bipartisan basis during the hearing, H.R. 2668 presented some partisan controversy amid negotiations on the statute of limitations and interpretations of law to alter the appropriate legal standard of applicable fraud. Republican committee members felt five years was appropriate for the statute of limitations, while Democrat members supported keeping it at 10 years as described in the bill.

On May 27, 2021, the Subcommittee on Consumer Protection and Commerce favorably forwarded H.R. 2688 to the full Committee by a voice vote.

According to the committee memorandum for Thursday’s markup:

On April 22, the Supreme Court reversed and remanded the 9th Circuit’s opinion in AMG Capital Management LLC v. FTC, finding the FTC Act does not permit courts to award equitable monetary relief such as restitution or disgorgement, ACA previously reported for members.

As a result, without the legislation voted on June 10, the FTC will have to go through the administrative process to request monetary restitution and disgorgement, which is subject to additional limitations that would not be present under Section 13(b) of the FTC Act.

“There are no adequate substitutes in the current law that can simply replace what the FTC has lost,” Pallone said in a news release after the bill was introduced. “The remaining authority of the FTC is too weak and, where available, will take too long for meaningful relief for our constituents. Vice Chair Cárdenas’ bill restores the minimum authorities necessary for an effective enforcement regime. That is what the Consumer Protection and Recovery Act does, and I hope my colleagues on both sides of the aisle will work with us to pass this bill quickly. Putting consumers first is something we should all be able to agree on.”

Pursuant to a request by Ranking Member Cathy McMorris Rodgers, R-Wash., members will have two additional days to submit items relating to the bills marked up during the hearing.