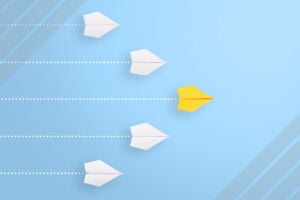 Committee leaders requested updates from several regulators, including the CFPB and FTC, on their implementation of laws to reduce the regulatory burden for small businesses.

Leaders in the U.S. House of Representative’s Committee on Small Business are seeking answers on the regulatory burden for small businesses from the Consumer Financial Protection Bureau and Federal Trade Commission, among other agencies.

“As ranking member of the House Committee on Small Business, it is my responsibility to the American taxpayer and America’s small businesses to implement proper oversight to ensure transparency from Washington,” Luetkemeyer said in a new release. “These letters are intended to gather critical agency information to help us ensure the Biden administration is properly and appropriately implementing laws designed to safeguard the interests of small businesses in the regulatory process. Burdensome regulations and a one-size fits all regulatory approach should not be forced upon Main Street without fully taking into account the interests of American small businesses. Small businesses are already struggling under Biden’s reckless spending fueled inflation crisis. The last thing this administration should be doing is implementing more government red-tape.”

The costs are for 443 final rules released through late October 2022 and mark approximately 193 million hours of compliance paperwork across the U.S., according to the article and data from the American Action Forum.

For the same timeframe in the Obama administration, 639 final rules were issued at a cost of $204 billion and 80 million hours of paperwork.

The Trump administration issued 500 final rules in the first two years that saved the economy an estimated $3.4 million, and required 500,000 hours of compliance reports, according to the article and the American Action Forum.

ACA International has supported legislation and other efforts to control regulatory costs while protecting consumers.

Congress purposefully created the RFA to incorporate the opportunity for an agency to understand cost benefit analyses, and other checks, and to ensure what an agency is doing is not harming the broader public, small businesses, and the economy, ACA outlined in a letter to the CFPB on concerns of the accounts receivable management industry.

“Congress included SBREFA during the passage of the Dodd-Frank Act for the very purposes outlined in this letter,” said Brownstein Hyatt Farber Schreck shareholder and ACA’s lobbyist Leah Dempsey. “Ensuring businesses are not needlessly burdened should not be a partisan issue and it wasn’t when Dodd-Frank was signed into law requiring it.”

The CFPB has found many creative ways to avoid engaging in RFA analysis. Instead, it has used anecdotes and pre-determined outcomes from a small group in Washington, D.C., in place of the statistical analysis and data that financial service providers and participants around the country typically provide and discuss in the public comment process to ensure decision-making is informed and measured, ACA states in the letter.

Creating regulations without going through the notice-and-comment process is not only legally impermissible, but it is also bad policy, and will lead to bad outcomes for all stakeholders, including consumers.

“Responsible regulators play by the established processes under the laws mentioned in these letters and the Administrative Procedure Act (APA,) Purcell said. “Regulations from the CFPB that do not account for the costs impacting regulated entities such as staff training time, implementing new technologies, and creating new policies and procedures, for example, have the potential to create excessive burdens. These regulatory burdens are eventually passed on to consumers through inflated prices we are seeing now, force consolidation of industries, and leave consumers and businesses with less choice. They also cause the most impact for Americans most financially in need and who the bureau is supposed to help.”

That is why the bureau needs to follow the APA and required processes to involve all stakeholders in the community.

“The CFPB’s secretive and non-transparent decision making isn’t helping the consumers they are charged with protecting,” Purcell said. “This report and the committee’s request for information further exemplifies the cost of this unaccountable behavior.”

The committee requested responses to the information requests by Nov. 7.

There is ongoing concern that, despite the intent of regulators’ proposed rules, that “implementation of these measures [has] left small businesses wanting the regulatory arena,” according to the letters from the committee.

“This is also true when the CFPB skirts SBREFA requirements,” Purcell said. “The SBREFA process gives smaller providers an opportunity to have a voice in effectuating outcomes. If an agency fails to create a review panel when so required, there is direct harm to small businesses-which typically translates as harm to consumers.”