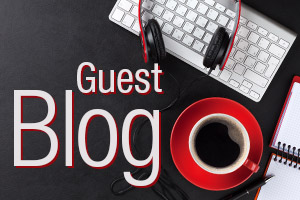 The U.S. District Court for the Eastern District of North Carolina recently provided a good reminder of the applicable standards for both Rule 12(b)(6) motions based on a statute of limitations defense and motion to compel arbitration.

In Harris v. Piedmont Finance CNAC, 2021 WL 2459797 (E.D.N.C. June 16, 2021), Darryl C. Harris (“plaintiff”) alleged Piedmont Finance CNAC (“defendant”) failed to notify him that the defendant reported that the plaintiff’s truck had been repossessed to a credit reporting agency and further alleged that the defendant failed to promptly correct the purportedly inaccurate reporting. The defendant moved to dismiss the complaint based on the statute of limitations and in the alternative, argued that the plaintiff’s claims were subject to a binding arbitration agreement.

In first addressing the statute of limitations defense, the court liberally construed the plaintiff’s pro se complaint and concluded the plaintiff attempted to assert several “claims” under the Fair Credit Reporting Act, but the only viable claim was under 15 U.S.C. Section 1681s-2(b)(1) for failure to investigate his dispute. The defendant argued this claim was barred by the two (2) year statute of limitation. Importantly, the complaint was “silent with respect to dates or time periods of the alleged conduct in this case.” The court then noted that it was often not “appropriate” to raise a statute of limitations affirmative defense by way of a 12(b)(6) motion to dismiss unless the “face of the complaint” clearly gives rise to the defense. Although the defendant put forth several facts in the background section of its motion to dismiss that were not contained in the complaint, the court concluded the complaint’s silence as to the key dates thwarted the defendant’s statute of limitations defense at such an early stage of the litigation.

In the motion to compel, the defendant sought dismissal of the federal lawsuit, however, the court concluded a stay was appropriate and ordered the parties to provide periodic updates to the court concerning the status of the arbitration proceedings.

Practice Note:  Given the deferential treatment of pro se complaints, especially those involving consumer protection claims, it is difficult to successfully raise a statute of limitations defense by way of a 12(b)(6) motion even if the underlying facts show the claim is time-barred.

Editor’s note: This content is published with permission from Womble Bond Dickinson. This article is provided for informational purposes and is not intended nor should it be taken as legal advice. The views and opinions expressed in this article are those of the author in his individual capacity and do not reflect the official policy or position of their partners, entities, or clients they represent.