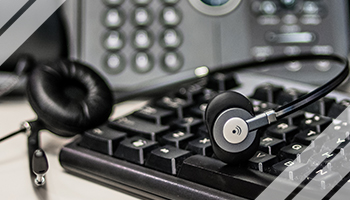 The comments due to the Wireline Competition Bureau and Consumer and Governmental Affairs Bureau Feb. 24 are to help define the performance of the database administrator in the U.S.

Technical requirements to shape the performance of the Federal Communications Commission’s Reassigned Numbers Database in the U.S.—which should enable callers to verify whether a telephone number for a consumer has been reassigned—are the subject of public comments due Feb. 24.

The creation of a reassigned numbers database is one of many efforts of the FCC to mitigate illegal robocalls through its Second Report and Order on Advanced Methods to Target and Eliminate Unlawful Robocalls released in December 2018. In the order, the commission addressed the problem of unwanted calls to consumers with numbers reassigned from a previous consumer, according to a news release from the FCC.

The FCC’s rule to establish a comprehensive reassigned numbers database is in effect, although the official compliance date is pending.

The FCC must select a third-party contractor to serve as the Reassigned Numbers Database Administrator (RNDA) and approve technical requirements that are the subject of the public request for comment open now.

“Specifically, the commission established a single, comprehensive database that will contain reassigned number information from each provider that obtains North American Numbering Plan U.S. geographic numbers and toll-free numbers. The database will enable a caller to determine whether a telephone number has been reassigned and thus avoid calling consumers with reassigned numbers who may not wish to receive their call,” the FCC’s news release states.

The FCC, by a unanimous vote in December 2018, decided to take additional steps to create the database designed to enable callers to verify the status of a phone number and help protect consumers with reassigned numbers from receiving unwanted calls, ACA International previously reported.

Some technical requirements for the RNDA, according to the request for comment from the Wireline Competition Bureau and the Consumer and Governmental Affairs Bureau, include:

Once the technical requirements are approved, the RNDA will be required to review and update the document semiannually and upon the implementation of any change order and provide the updated document to the FCC or its designee.

After the initial comment deadline on the reassigned numbers database technical comments closes Feb. 24, reply comments are due March 9. View the FCC’s news release for instructions on filing comments.