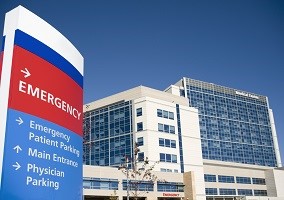 Group will issue best practices required by the TRACED Act this year.

“I am all too familiar with the negative impact robocalls have had on health care organizations and their ability to effectively operate and provide care to patients,” said Dave Summitt, chief information security officer of Moffitt Cancer Center and chairman of the HRPG.

The group’s three priorities, according to Pai, are to determine:

“These robocalls post significant risks to and pose significant costs on medical professionals and facilities that rely on robust, ready and resilient voice services to do their job and to help address health crises in their communities every single day,” Pai said.

Summitt said unlawful robocalls are a “technology epidemic” for every critical infrastructure in the U.S., including health care providers.

“Unsolicited, fraudulent and malicious telephone calls are much more than just a nuisance or annoyance. They are disruptive and potentially dangerous or life threatening,” he said. “Along with all good technology comes the method of bad actors taking advantage of good technology.”

The care center received over 6,600 calls matching these three criteria.

“The commission has also shown it wants to exercise caution in call blocking—there are important calls that we don’t want to be blocked, particularly if the recipient isn’t aware that these calls could be blocked,” she said. “In the medical context, these could include things like appointment reminders to ensure patients get the care they need. But this could also be scam calls to a medical provider from a phony patient.”

The FCC voted 5-0 July 16 to adopt an order on call blocking and labeling that includes two safe harbors for voice service providers and some protections for legitimate calls, ACA International previously reported. ACA is awaiting the release of the final order, but the contents of it were discussed in an open hearing and an FCC press release, providing insight into changes that were made from the draft.

A request for comment on Advanced Methods to Target and Eliminate Unlawful Robocalls was posted on the Federal Register July 31 and comments are due on or before Aug. 31, 2020. Read more from ACA here.

Now that the HPRG is established, it must issue best practices this year regarding how service providers can combat unlawful robocalls made to hospitals, how hospitals can better protect themselves from such calls, and how federal and state governments can help combat these calls, ACA International previously reported.

As required by the TRACED Act, the group includes a member from the FCC and the Federal Trade Commission, plus an equal number of representatives from voice service providers that serve hospitals; companies that focus on mitigating unlawful robocalls; consumer advocacy organizations; providers of one-way voice over internet protocol services; hospitals; and state government officials focused on combating unlawful robocalls.