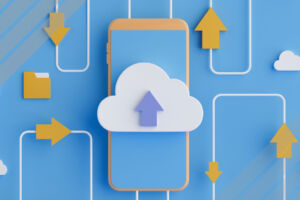 Subscription tiers and pricing for querying the Reassigned Numbers Database will change this month. ACA has had many discussions with the FCC about the RND and sought clarity on the safe harbor on behalf of members.

The Federal Communications Commission issued a news release Friday announcing that it is improving its Reassigned Numbers Database (RND) by making it more “affordable and valuable for callers as a resource to reduce the number of unwanted phone calls Americans receive.”

According to the news release, “The FCC has updated its subscriber rate structure to support access by callers so they can avoid making unwanted calls and clarified its safe harbor rules to encourage the use of the database. Millions of phone numbers are reassigned each year.”

The RND became fully operational Nov. 1, 2021. Callers can check the database to “ensure they reach consumers that expect their calls and avoid calling consumers with reassigned numbers who may not wish to receive the call,” according to the FCC’s supplemental guidance, ACA International previously reported.

Paid subscribers, including callers and caller agents, can use the database to avoid calling consumers with reassigned numbers who may not wish to receive their call. The database is available at http://www.reassigned.us.

Callers that subscribe to the database can use it to determine whether a telephone number may have been reassigned so they can avoid calling consumers who do not want to receive the calls. The FCC recently approved new usage pricing that will give users more pricing options, lower prices for most subscribers, and discounts for caller agents subscribing to the highest tiers, according to the news release.

The FCC also clarified for callers that using agents to check the database will not impair their eligibility for a safe harbor from liability under the Telephone Consumer Protection Act. The clarification resolves potential confusion about whether the use of agents—an option many callers may choose for convenience—would deprive them of the safe harbor.

ACA supported the FCC’s efforts to develop a concise RND, urging the FCC to ensure it is reasonably priced, accurate and easy to use and includes a safe harbor, ACA previously reported. ACA has also had many discussions with the FCC about the RND and sought clarity on the safe harbor on behalf of members.

The FCC created a rule in 2018 to establish the database, which enables callers to verify the status of a phone number and helps protect consumers with reassigned numbers from receiving unwanted calls.

The RND will only tell callers the most recent disconnection date of the number they last called. Callers should consider how this impacts their overall calling strategy.

Finally, the FCC may initiate a proceeding to establish a more permanent rate structure, which would go into effect no sooner than Jan. 1, 2023, ACA previously reported.