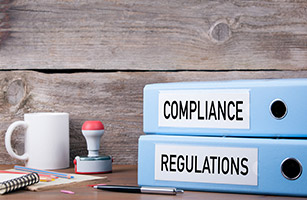 The Conference of State Bank Supervisors has released more details on the platform to connect companies and their regulators as more states make the transition each quarter.

The Conference of State Bank Supervisors (CSBS) has released a recording of its webinar on the State Examination Systems (SES), a new web-based platform to connect with state regulators about consumer complaints.

SES will operate in many ways like the Nationwide Multistate Licensing System (NMLS), which the CSBS cocreated with the American Association of Residential Mortgage Regulators in 2008. SES is a one-stop-shop for the financial services industry that brings a company’s entire engagement with state regulators onto a single platform, which in turn brings efficiencies to state supervision, according to CSBS.

The platform supports single and multistate exams, investigations, and now complaints for all business types, including debt collectors, and secure collaboration with regulators, according to the CSBS webinar presentation.

The goals of the SES include:

ACA International’s compliance team followed up with the CSBS for more information on the new platform. Although the CSBS published the map of agencies that will use SES for examinations, consumer complaints, or both, it remains unclear which agencies plan to use SES, including the consumer complaint functionality, to supervise the ARM industry.

As part of the SES, the consumer complaints feature is an end-to-end platform for state regulators and companies to collaborate, execute and participate in the state supervision process. SES staff advised ACA that if and when a participating state regulator needs a regulated entity to communicate with or collaborate with the regulator via SES, the regulated entity will receive a notice from their relevant agency along with instructions on how to create an SES account or otherwise access relevant portions of the SES system.

Through the SES platform, state regulatory agencies will be able to track and manage consumer complaints about financial institutions they supervise and communicate with those institutions about the complaint, according to the CSBS.

It notes the SES platform is not the same as the federal Consumer Financial Protection Bureau’s system, which includes a consumer portal. Consumers will not have any way to interact with the SES consumer complaints system for some time, according to Lindsay Schmidt, director of SES Business Services for CSBS.

Companies licensed or registered through the NMLS will receive SES consumer complaints enrollment information when their state regulator is ready for each company to utilize the new system, according to a news release from the CSBS.  Once registered, institutions will work with their regulator inside the system to resolve consumer complaints.

What Companies Can Expect

Companies will be invited to join the SES platform in advance of their first exam or first complaint. Until then, there is nothing a company should do other than be on the lookout for enrollment notifications to the main NMLS or exam/complaints contact, according to Schmidt.

Put simply, SES is replacing the email and correspondence process between companies and regulators and putting all those transactions in a secure, web-based system.

Overall, SES is built to:

ACA is continuing to review the new system and will provide any available updates for members. Resources for companies are also available through the CSBS website.