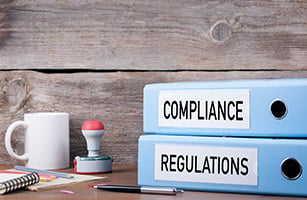 The judge deferred ruling on ACA International and other plaintiffs’ motion for a temporary restraining order until after the Aug. 16 hearing and the court’s receipt of information about regulations from the Nevada Financial Institutions Division.

The judge in the case on an emergency motion for a temporary restraining order (TRO) filed by ACA International, the Nevada Collectors Association (NCA) and 14 other plaintiffs has set an evidentiary hearing for Aug. 16 to allow stakeholders to comment on the law’s actual and anticipated effects on debt collectors’ business operations.

The judge held a hearing on the emergency motion for the TRO, which seeks to stay the state’s new medical debt collection law, until key aspects of the law can be clarified, July 27.

Specifically, the court has requested testimony from various parties on the “nuts and bolts” of collecting medical debt in Nevada and how S.B. 248 created challenges for both the accounts receivable management (ARM) industry and, in turn, for consumers.

U.S. District Court Judge Richard F. Boulware II additionally ordered the defendants—for all practical purposes, the Nevada Financial Institutions Division (NFID)—to file supplemental information about “further regulation, if any” that it may adopt to enforce S.B. 248. That supplemental filing must be submitted to the court by Aug. 10, 2021.

The motion for the TRO asked the court to enjoin enforcement of S.B. 248 on the grounds that the law conflicts with the Fair Debt Collection Practices Act and the Fair Credit Reporting Act; unconstitutionally infringes on medical debt collectors’ First Amendment free speech rights; and is unconstitutionally vague and ambiguous.

The court deferred ruling on the motion for a TRO regarding S.B. 248 until at least the Aug. 16 hearing, apparently wanting to consider what regulations, if any, the NFID plans to issue, and what real-world implications the new law has had and appears likely to have on medical debt collectors’ business operations.

At the July 27 hearing, the NFID, represented by the Nevada Attorney General’s Office, primarily argued that the 60-day notice is not a communication under the FDCPA. In other words—in the state’s view—the sending of the notice would not trigger any obligations for licensed collection agencies under the FDCPA and FCRA. The NFID additionally argued that S.B. 248 does not impose an unconstitutional infringement on free speech rights because the law constitutes an economic regulation, not a limit on speech.

According to reports from attorneys who listened to the hearing, the court focused on two issues:

According to the attorney observers, the court appeared to believe that a compromise position might resolve the conflicts and ambiguity in federal and state law.

The lawsuit and TRO were filed in the U.S. District Court for the District of Nevada June 25 against Sandy O’Laughlin, commissioner of the NFID, as ACA previously reported.

The lawsuit asserts several defects with the new law, S.B. 248, including an allegation that the law is so vague as to be unconstitutional. (In the U.S. Supreme Court’s words, constitutional vagueness means that a law is not “precise enough to give fair warning” to medical debt collection agencies that certain conduct may fall within the ambit of the new law and that it does not “provide adequate standards to enforcement agencies, factfinders, and reviewing courts.”)

The court noted during the July 27 hearing that the discovery plan and scheduling order, which will set out deadlines for discovery and motions, comes due on Sept. 5, 2021.