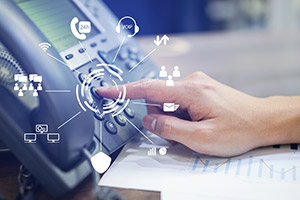 The opportunity to comment on the cost and fee structure is open through March 11.

The Federal Communications Commission is seeking comments on the fee structure for the reassigned numbers database (RND) that may ultimately impact operating costs for users and companies in the accounts receivable management industry.

The FCC’s North American Numbering Council (NANC) issued recommendations for funding and repayment of creation costs and the initial pricing structure and pricing levels that could be applicable to the use of the RND—which is designed to enable callers to verify the status of a phone number and help protect consumers with reassigned numbers from receiving unwanted calls.

ACA International is working on comments on behalf of members and the industry and encourages stakeholders to respond about cost implications for their businesses before the March 11 deadline.

According to the NANC’s recommendations, repayment of the RND creation costs to the service providers will ultimately be provided by the users of the database.

However, the NANC notes in the recommendations, a lack of data on the costs that may be incurred to create and operate the database and expectations on the number of users hampered the ability to reach a consensus on pricing.

Therefore, it is important for financial services companies and ACA members to share comments with the FCC on the potential costs of using the reassigned numbers database at their business.

“Due to the lack of basis for determining the costs of the RND creation, no dollar amount could be recommended for service providers to ‘fund’ prior to contract award,” according to the NANC. “Further, costs associated with ongoing maintenance and administration of a heretofore non-existent RND are unknown, and such costs cannot be credibly estimated without details surrounding the specific investment, system, and operational characteristics that could be determined by individual bidders.”

The NANC recommends a minimum of three tiered price structures based on usage over a defined time period with increasing discounts as usage volume increases.

Under the recommendations, each tier would have a limit on queries the user has, and they would have to upgrade to the next tier once that limit is reached.

Comments may be filed with the FCC online by March 11 or view the public notice for other comment options.

The creation of a reassigned numbers database is one of many efforts of the FCC to mitigate illegal robocalls through its Second Report and Order on Advanced Methods to Target and Eliminate Unlawful Robocalls released in December 2018.

In general, the FCC’s approved order to create the database includes the following steps for the reassigned numbers database, ACA previously reported:

ACA is seeking feedback about any concerns, specifically whether there are any cost burdens that that could result from the FCC’s plans for the database. Please send thoughts and information to Leah Dempsey, Vice President and Senior Counsel, Federal Advocacy at [email protected].