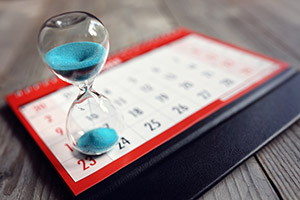 The CFPB’s rule will also end with the moratorium, which led to some lawsuits in opposition to the CDC’s and bureau’s actions.

The Centers for Disease Control and Prevention (CDC)’s eviction moratorium, which generally prohibits landlords from evicting tenants for non-payment of rent if the tenant submits a written declaration that they are unable to afford full rental payments, ends June 30.

The moratorium and the Consumer Financial Protection Bureau’s interim rule in support of the moratorium prompted some lawsuits in opposition to those actions.

By issuing the interim rule, the CFPB sought to clarify accountability for illegal evictions under the Fair Debt Collection Practices Act.

ACA International filed comments on the interim final rule in May after collecting member feedback from those impacted by it.

The CDC’s moratorium prohibition applies to an agent or attorney acting as a “debt collector” on behalf of a landlord or owner of the residential property, ACA previously reported.

A recent court case also demonstrated the need for more clarity from the CFPB on the interim final rule.

On May 5, 2021, in the case Alabama Association of Realtors, et al. v. U.S. Department of Health and Human Services, et al., the U.S. District Court for the District of Columbia struck down the CDC’s eviction moratorium. The question before the court was, “does the Public Health Service Act grant the CDC the legal authority to impose a nationwide eviction moratorium?” The D.C. Circuit found that it does not.

In another case, The Property Management Connection LLC, et. al., v. Acting Director Uejio, Consumer Financial Protection Bureau et. al., the plaintiffs challenged the bureau’s interim rule, asserting it “requires them to make false statements to tenants who have been sued for unpaid rent and are subject to eviction.” The plaintiffs also alleged that the rule violates the Administrative Procedures Act (APA) and their First Amendment rights and therefore should be declared unlawful and set aside. The plaintiffs sought a temporary restraining order (TRO) prohibiting the bureau from implementing the rule.

The plaintiffs’ motion was denied in the U.S. District Court for the Middle District of Tennessee-Nashville Division.

The court finds that the risk of financial harms to plaintiffs, absent temporary enjoinment of the rule, does not constitute an irreparable injury. For these reasons, plaintiffs have not carried their burden to show entitlement to a TRO with regard to their APA claim, and to the extent that the motion is based on that claim … it will be denied. Alternatively to its finding that plaintiffs lack a likelihood of success on the merits, the court agrees with defendants that any potential financial harms plaintiffs face from the violation alleged in Count I are insufficient to show irreparable harm.

The court did not issue an opinion on “the wisdom or fairness of the rule or the CDC order, on whether lessors of housing units have been disproportionately burdened with softening particular harsh effects of the COVID-19 pandemic, or on whether (as plaintiffs claim) the CDC order is ‘a national housing policy masquerading as a public health policy[.]’” Citations omitted.

The court also did not issue an opinion on “whether the rule is likely unlawful for any reason other than the particular ones advanced by plaintiffs. And, as suggested above, the court does not opine on any potential actions taken by defendants to enforce the rule. Instead, the court is called upon to decide, in light of the substance of plaintiffs’ motion (and briefing in support thereof) and based on the current record whether they are entitled to the extraordinary remedy of a TRO. For the reasons set forth above, the court answers that question in the negative.”

What’s Next After the CFPB Order Expires
Now that the CDC’s eviction moratorium is ending, the CFPB issued consumer guidance on eviction prevention.

Some states and localities have adopted their own eviction moratoria, ACA previously reported. The CFPB’s rule did not preempt more protective state law.