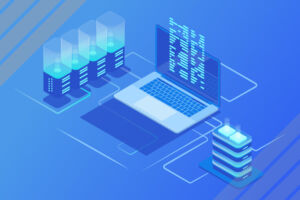 The agency opposes the federal law because of measures that would preempt California’s data privacy act and compromise the mandates it has to fulfill under that act.

The CPPA sent a letter to House Speaker Nancy Pelosi and Minority Leader Kevin McCarthy opposing H.R. 8152, the American Data Privacy and Protection Act, specifically for its measures that would replace California’s law, the California Consumer Privacy Act, with “weaker protections” and compromise the ability of the agency to fulfill its mandates under the state law, according to a news release.

H.R. 8152 advanced out of the House Energy and Commerce Committee in July.

On July 28, 2022, the CPPA Board of Directors voted unanimously to oppose H.R. 8152 and any other bill that seeks to preempt the California Consumer Privacy Act (CCPA). The board, however, voted to support a privacy framework that would set a “true floor” on privacy and allow states to further innovate on those protections.

The CPPA, created and funded in 2020 by California voters, is the first data protection authority in the U.S., and its sole focus is the protection of California residents’ privacy rights.

U.S. Reps. Anna Eshoo, D-Calif., and Nanette Barragán, D-Calif., both members of the House Energy and Commerce Committee, voted against H.R. 8152 at last month’s markup. Every member of the California delegation voted in favor of an amendment that would allow the states to pass stronger laws, which Eshoo proposed, according to the CPPA.

ACA continues to advocate for federal data privacy legislation that avoids creating a patchwork of requirements for regulated entities that may also conflict with existing regulations.

The American Data Privacy and Protection Act, would, among other changes:

“The sheer breadth of these exceptions will, unfortunately, limit and undermine the effectiveness of the preemption provision under consideration,” Purcell said. “Without question, the legislation and preemption as they currently stand will confuse and complicate compliance in a number of states. Given these realities, ACA respectfully urges ​the sponsors to eliminate or, at a minimum, narrow these exceptions to the preemption provision (except in instances of ​criminal behavior).”